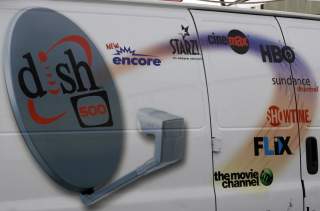 Much like DirecTV, DISH Network is also struggling to stay afloat in the modern age of Netflix and Amazon.

It’s no secret that the once-popular satellite cable provider has been bleeding subscribers for years now. In its most recent earnings call last month, the Colorado-based company said it had lost 194,000 net pay TV subscribers in the fourth quarter, which was a tad better than the period a year ago, during which it hemorrhaged 334,000.

Dish boasted a total of 11.99 million subscribers at the end of 2019, compared with 12.32 million the year prior. All told, about 6 million abandoned satellite and cable in 2019, according to Wall Street analyst firm MoffettNathanson.

What was more telling about its future prospects was losing 94,000 subscribers on Sling TV, which DISH owns. Just a year ago, it enjoyed a gain of 50,000 new subscribers.

These numbers only once again point to the indelible fact that Netflix, Amazon, YouTube, Roku and Hulu won’t be going away. And now, with Disney, Peacock and other players entering the field, the uphill climb just got steeper for DISH.

Perhaps it’ll be a numbers game. With DirecTV and DISH offering such similar services, it is feasible that these two companies will one day merge. DISH owner Charlie Ergen and Wall Street insiders have asserted that this union is “inevitable.”

More importantly, take a quick look around and you won’t be seeing any millennials talking feverishly about what they saw on DISH last night. More likely than not, they are talking about Netflix or Hulu.

So what to do? Hard to say but Sling TV might be the savior for DISH. No one wants to install new satellites on their roofs anymore. Streaming is just too darn convenient and cool, a word that DISH is dying to be associated with.

The price points are a bit outdated as well. In the cheapest package, DISH is offering 190 channels for $60. Yes, the price is guaranteed for two years, but many already have been burned once the promotional pricing ends. Frugal Americans better start budgeting for that now.

Perhaps the answer isn’t in TV at all, as Ergen believes that his company could be a significant competitor in the nation’s consumer wireless business and burgeoning 5G offerings.

Thanks to T-Mobile’s $26 billion takeover of Sprint, DISH will take over Sprint’s prepaid cellular service Boost Mobile and build out a 5G network. In addition, the company has been purchasing spectrum the last several years, and maybe finally, those assets can now pay off.

Yes, there are still plenty of hurdles for DISH to jump over if it wants to stay relevant in today’s streaming world. How they will bait and hook the younger generation remains to be seen, and there is no question that they are the key to propping up its waning subscriber numbers.