Dream Come True: The Successor to the SR-71 Spy Plane Might Also Be a Bomber 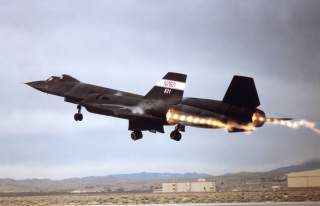 Now the latest surface-to-air missiles render Mach 3 speeds inadequate to assure survival, but a hypersonic aircraft might again outpace the threats arrayed against it.