The Durand Line Remains a Thorn in Pakistan’s Side 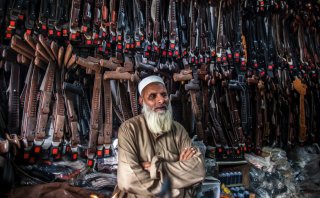 With all eyes on Ukraine, much of the global commentariat has abandoned last summer’s groundswell of interest in Afghanistan. However, with tensions between the Taliban-led Afghan state and Pakistan potentially set to spiral over the coming weeks and months, the region could soon be making headlines for less than ideal reasons. While Islamabad was partly optimistic in the wake of the Taliban takeover, fault lines in the Pakistan-Taliban relationship have already emerged over the Durand Line.

Perceived as a divisive colonial element intended to divide the larger Pashtun community, the Durand Line is an emotive issue for many Afghans. While the Pashtun-dominated Taliban regime has yet to announce territorial expansionary designs, many of its leaders make no secret of their desire for the free flow of people, trade, and cultural exchanges across the Pashtun belt. The region is also home to Tehreek-e-Taliban Pakistan (TTP). These Wahhabi fundamentalists have pledged allegiance to the Taliban but maintain a separate structure. They also want the restoration of the special status of Pakistan’s Federally Administered Tribal Areas (FATA) and its de-merger with the Khyber Pakhtunkhwa province, not to mention the release of their detained cadres.

Islamabad had initially been hopeful that the Taliban regime would accept the Durand Line's legitimacy and leverage its links with the TTP to broker a peace agreement. While Taliban links have facilitated Islamabad-TTP talks, which led to a ceasefire, the Taliban seems reluctant to apply total pressure on the TTP. The Taliban is also in no mood to grant any concessions on the issue, given that skirmishes between themselves and Pakistani troops continue.

Moreover, the refusal to accept the status of the border between Pakistan and Afghanistan is not unique to the Taliban regime. Previous Afghan governments have argued that the Durand Line’s legitimacy expired in 1993, as the validity of the agreement, inked on November 12, 1893, was for 100 years. While the weakness of recent Afghan governments allowed Pakistan the leeway to construct a fence along the Durand Line, that does not mean this status quo is set in stone.

Islamabad, disregarding Taliban sentiments on the issue of the Durand Line, has repeatedly asked the Taliban regime to act against the TPP elements currently launching attacks inside Pakistan from Afghan soil. At the same time, Pakistani forces have insisted on completing the fencing work along the border. Indeed, just as winter set in last December, the temperature began rising along the Durand Line, with Afghanistan and Pakistan once again locking horns.

A major escalation was reported after an April 13 attack by the TTP in North Waziristan killed seven Pakistan Army personnel. Islamabad, claiming that the TTP attack emanated from Afghanistan, carried out pre-dawn air strikes across the Durand Line on April 16, killing forty-seven innocent civilians and injuring twenty-two, including women, children, and the elderly. On April 21, the Pakistani Army launched an attack against a suspected TTP hideout on the Kunar province area of the border, killing five TTP fighters and injuring several others. On April 24, in a skirmish with the Pakistani Army troops along the Durand Line in Bahramcha area of Helmand province, Taliban fighters captured and killed several Pakistani Army personnel.

Reactions to Pakistan’s airstrikes and artillery attacks were strong, with Afghan mainstream and social media demanding the expulsion of the Pakistani envoy in Kabul, the closure of the border with its eastern neighbor, and even jihad against Pakistan by assisting Pakistani mujahideen. On April 16, the Taliban-led Afghan Foreign Ministry summoned the Pakistani ambassador in Kabul and registered a strong protest. The Taliban’s spokesperson, Zabihullah Mujahid, also warned Islamabad “not to test the patience of Afghans on such issues and not repeat the same mistake again, otherwise, it would have undesired consequences.”

Islamabad accuses the Taliban of encouraging the TTP’s operations in retaliation against the fencing of the Durand Line, and Pakistan’s Army chief, Gen. Qamar Bajwa, previously complained that “the Taliban and TTP were two faces of the same coin.” Though encouraging the TTP to conduct attacks in Pakistan is unlikely to be in Kabul’s interest given the Taliban’s partial dependence on Islamabad, opposing the fencing on the Durand Line could nevertheless increase domestic support for the Taliban by provoking nationalistic fervor, especially in anxious border areas.

As it stands, the Taliban is unlikely to back down from its position on the Durand Line and will continue to obstruct any attempt to complete the fence. The ceasefire between the TTP and Islamabad is unlikely to be long-lasting, and a permanent peace agreement is a fairly distant possibility. If the current peace negotiations between the TTP and Pakistan’s official government fail, the TTP could well go after Pakistan’s army with increased vigor, as it once did following the collapse of last year’s talks. As usual, it will be the average civilians on both sides of the border who bear the brunt of the horrors of war.