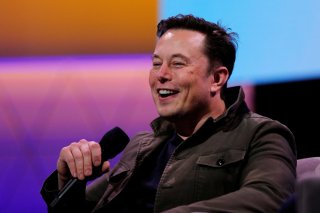 Elon Musk agreed to purchase Twitter back in April, although the entrepreneur has since publicly aired his misgivings about whether he wants to go ahead with the deal in both an SEC letter and on his Twitter account.

Now, Musk is getting ready to face Twitter’s employees.

According to Business Insider, Twitter CEO Parag Agrawal emailed employees on Monday to let them know that Musk will be part of an all-hands meeting on Thursday, which will take place virtually. Possible topics of discussion include whether Musk plans to lay off employees, whether he intends to allow former President Donald Trump to reopen his account, and how Musk plans to handle harassment and extremism on the social network.

After first buying a small stake in Twitter, Musk launched a bid to take over the company and Twitter’s board agreed to a deal with him in April.

In May, Musk declared the deal “temporarily on hold,” citing his skepticism about whether Twitter has more bots and fake accounts than it has traditionally acknowledged. Others speculated that Musk wanted to renegotiate the price of the transaction since Twitter’s stock has dropped since the agreement. Twitter has indicated that they plan to still pursue the deal at the agreed-upon price of about $44 billion and hold Musk to that amount.

Musk later threatened to pull out of the deal unless Twitter supplied him with specific data that would show whether he was right about the bot problem. Earlier this month, Twitter agreed to give Musk access to its “firehose,” which the New York Times described as “the stream of billions of tweets that flow through the company’s network on a daily basis.”

The Washington Post described the firehose as “not only a real-time record of tweets but the devices they tweet from, as well as information about the accounts that tweet.”

The Post added that some within Twitter “are skeptical of Musk’s ability to use the fire hose to find previously undetected information.” It’s not absolutely clear, for instance, whether anyone can synthesize that type of data to determine what percentage of accounts are spam.

“Twitter has and will continue to cooperatively share information with Mr. Musk to consummate the transaction in accordance with the terms of the merger agreement,” the company said in a statement to the press last week. “We believe this agreement is in the best interest of all shareholders. We intend to close the transaction and enforce the merger agreement at the agreed price and terms.”

Should the deal not go through, Musk is required to pay a $1 billion breakup fee.