End of an Era: Legendary U-2 Spy Plane Retires Its Film Cameras 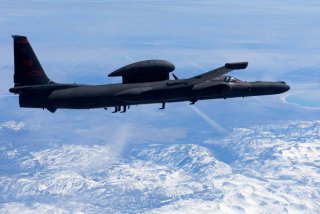 The U-2 Dragon Lady, one of the United States’ most important reconnaissance assets during the Cold War, is finally saying goodbye to its analog photography equipment, the Optical Bar Camera.

“End of an era!” the leadership of Beale Air Force Base, home of the U-2 Dragon Lady, said in an announcement. “The 9th Reconnaissance Wing flew Beale's last Optical Bar Camera on June 24. The OBC serves the U-2 as a high-altitude, high-resolution sensor supporting global Air Force and Joint objectives,” the statement continued.

The U-2 Dragon Lady operated from Beale Air Force Base for over half a century, beginning in 1974. The U-2’s most famous moment came not from photography but from an accident that sparked a crisis. The 1960 U-2 spy incident saw Francis Gary Powers, an American pilot, shot down by Soviet air defenses while flying a U-2 deep inside Soviet territory. Though Powers managed to safely parachute to the ground after his U-2 took Soviet anti-aircraft fire, he was subsequently captured.

Photographing from the airplane with the Optical Bar Camera was very much an analog process, one that required the plane to land and its film to be developed in order to glean information gathered during observation flights.

“Each roll of OBC film is 5 inches wide and 10,500 feet long with each frame of imagery measuring more than 6 feet long," said MSgt. Charles Davis. "With an entire roll of film, the camera can take about 1,600 frames in one mission. Each frame covers roughly 110 square nautical miles in a panoramic horizon-to-horizon format. Basically, a roll of film can shoot an area the size of Colorado,” Davis added.

"We must download the camera from the aircraft as safely and quickly as we can so that the camera and film do not heat up too much and risk degrading the imagery," an Air Force official explained. "The experience our team gains from seeing all aspects of the process here allows them to ensure mission effectiveness anywhere, anytime," he continued.

Though the Optical Bar Camera was the U-2’s highest-resolution imaging system, its analog nature required specific flight conditions to offer the highest-quality imagery, and it couldn’t be used in real-time.

Still, after the Cold War, the U-2 and Optical Bar Camera pairing came in useful. The pair photographed the aftermath of Hurricane Katrina and the Fukushima nuclear disaster. They were also extensively used in Iraq and Afghanistan.

The “final OBC flight opens a chapter into the digital sensor world,” Beale Air Force explained, adding that the last flight also ends “wet film processing at the 9th Reconnaissance Wing.” Still, one of the Dragon Lady’s strengths is its endurance and its modularity, and the platform retains other sensor packages that can be leveraged for reconnaissance and observation.