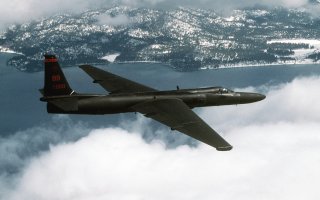 Here's What You Need to Know: Several U-2s were modified for carrier operations.