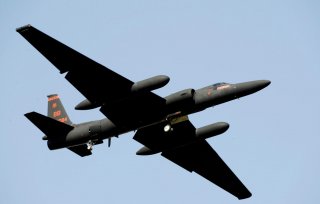 The U-2 spy plane, one of the longest-serving airframes in U.S. history, is getting a few upgrades to keep it mission capable for future battlefields.

Though the Lockheed Martin U-2’s first flight was in 1955, the Dragon Lady, as the U-2 spy plane of Cold War fame is nicknamed, will be reequipped to gather intelligence in future battle spaces.

A Lockheed Martin press release outlines the upgrades that their Skunk Works division will implement for the U.S. Air Force. These updates are focused on new onboard electronics for data collection, and displays for increased pilot comfort and decision making.

“An updated avionics suite that modernizes the U-2’s onboard systems to readily accept and use new technology, a new mission computer designed to the U.S. Air Force’s open mission systems (OMS) standard that enables the U-2 to integrate with systems across air, space, sea, land and cyber domains at disparate security levels, [and] new, modern cockpit displays to make everyday pilot tasks easier while enhancing presentation of the data the aircraft collects to enable faster, better informed decisions.”

The OMS upgrade is most significant. Although complex, OMS is essentially a standard information interface that allows battle space data gathered from any aircraft to be used by all aircraft. OMS is intended to both optimize the time between data collection and transmission, and allow all aircraft in a battle space to take advantage of realtime information updates.

One report described OMS and the information that would be gathered as “a common message interface for subsystems such as radar and communication systems, and services such as auto-routing and battle management,” with the intention that all aircraft entering a battle space use the OMS standard. “This standardized approach allows OMS-compliant mission systems and services to be reused across multiple aircraft. It also…significantly shortens integration time with the platform and enables affordable insertion of new capabilities.”

Open mission systems have already been tested on the B-2 stealth bomber and the Global Hawk surveillance drone.

After testing in mid-2021, Lockheed Martin anticipates the U-2 upgrades will be implemented in “early 2022.”

The U-2 program remains relevant because of the speed with which U-2s can gather intelligence data. Targets can be assigned and overflown on-the-fly, depending on where a U-2 is in relation to the target. Once the Dragon Lady becomes OMS-compliant, the U-2 will likely be in the air for a long time to come.