Yes, the CIA Made the U-2 Spy Plane 'Shark-Proof' 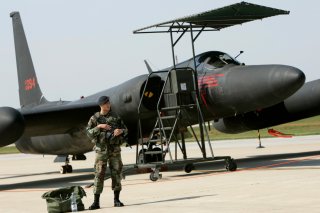 Key Point: The CIA plans for every contingency.

The CIA’s nets, or shark screens as they were called, were basically ultracompact protective coverings that downed pilots could unfurl in the unlikely event of a water landing. The CIA’s shark net was essentially a large bag with a rubberized hose around the edge that could be inflated. Once buoyant, downed spies jumped inside and filled the bad to the brim with water and jumped inside.

Caleb Larson is a defense writer with the National Interest. He holds a Master of Public Policy and covers U.S. and Russian security, European defense issues, and German politics and culture. This article first appeared earlier this year and is reprinted due to reader interest.