When U-2 Spy Planes Landed on an Aircraft Carrier 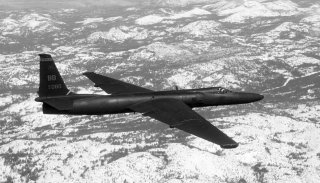