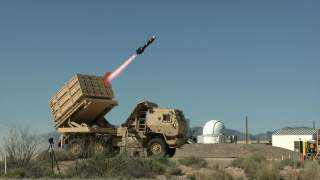 Spoehr says he is not against hypersonic weapons per se. “The Army believes, probably with some justification, that the Air Force in a fight with a near peer competitor will have their hands full trying to establish air superiority against our adversary and will not have the ability to dedicate assets to eliminating key ground targets such as SAM [surface-to-air missile] batteries,” Spoehr tells the National Interest.