The F-35 Trap: How the Air Force Can Avoid Trouble Before Building a New Fighter Jet 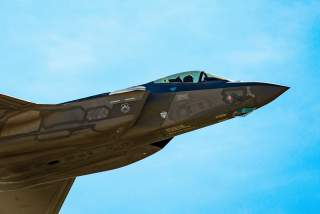 The idea of avoiding a project the magnitude of the F-35 makes a ton of sense. Even if the F-35 eventually proves successful, it nearly became a victim of its enormity, attracting harsh criticism because of its size and expense.