F-35s Armed with Laser Cannons? It Could Happen Soon. 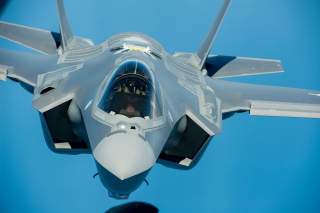