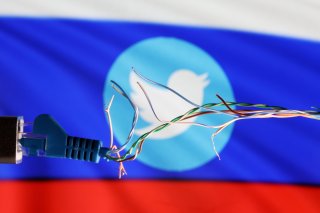 It’s not clear who will be owning Twitter a year from now, but the current leadership of the company has announced a new policy related to “crisis misinformation” such as incorrect tweets that circulate during wars, mass shootings, natural disasters, and other tragedies.

“Alongside our existing work to make reliable information more accessible during crisis events, this new approach will help to slow the spread by us of the most visible, misleading content, particularly that which could lead to severe harms,” the company’s head of safety and integrity, Yoel Roth, said in a blog post on Thursday.

Twitter has often tried to deal with misinformation, and in balancing freedom of speech with reduction of harm. In the blog post, Roth acknowledged that the topic is not an easy one to deal with.

“Conversation moves quickly during periods of crisis, and content from accounts with wide reach are most likely to rack up views and engagement,” Roth wrote. He continued: “To reduce potential harm, as soon as we have evidence that a claim may be misleading, we won’t amplify or recommend content that is covered by this policy across Twitter—including in the Home timeline, Search, and Explore. In addition, we will prioritize adding warning notices to highly visible Tweets and Tweets from high profile accounts, such as state-affiliated media accounts, verified official government accounts.”

The new protocol will be rolled out in Ukraine first.

The Protocol newsletter pointed out how difficult implementing the new policies will be.

"It's also a challenging one for Twitter to pull off, and not just because Twitter's would-be new owner believes the company should let all legal speech stand. It also puts Twitter in a position of defining what's true—or not true—in often chaotic situations and, perhaps even more challenging, deciding what constitutes a crisis to begin with.”

Meanwhile, journalist Casey Newton tweeted about an “all-hands” meeting being held by Twitter brass Thursday, where the company was adamant that their sale to Elon Musk will go through at the agreed-upon price.

“Execs told employees that they are not open to renegotiating the purchase price with Elon Musk,” the tweet said. “I’m told that champagne was popped in the New York office.”

Earlier this week, Twitter put out a statement saying that it would see through the agreement with Musk at the price agreed to. Musk has said that the deal is “on hold” while he waits for answers on the number of fake and bot accounts, and whether Twitter has underestimated that amount.

“Twitter, Inc. today announced that it has filed its preliminary proxy statement with the U.S. Securities and Exchange Commission in connection with the previously announced agreement for Twitter to be acquired by affiliates of Elon Musk for $54.20 per share in cash,” the Twitter statement Tuesday said. “Twitter is committed to completing the transaction on the agreed price and terms as promptly as practicable.”