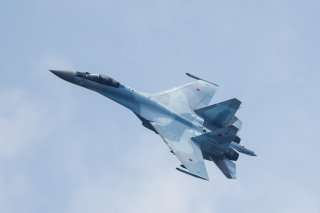 Russian Defense Ministry spokesman Igor Konashenkov announced in a statement on Sunday that “[a]t 12:30, a command post used by Ukrainian forces near the village of Shirokaya Dacha, Dnipropetrovsk region, was struck by high-precision long-range sea-based Kalibr missiles during a working meeting of the command staff of the operational-strategic grouping Alexandria.” Konashenkov said that more than fifty “generals and officers, including representatives of the General Staff, the Kakhovka group, airborne assault troops and units that operate toward Nikolayev and Zaporozhye” were dead following the Russian strike. Konashenkov did not immediately provide the names of the Ukrainian officers allegedly killed in the attack. Neither Ukrainian nor Western officials have confirmed the claim. Konashenkov added that Russian forces destroyed a tank repair facility in Kharkiv and as many as ten howitzers near Mykolaiv to the south. Local Ukrainian officials reported that Russian forces have drastically stepped up their shelling of Kharkiv, a sprawling and heavily fortified Ukrainian-held city not far from Russia’s western border, in recent days.

Ukraine’s armed forces claimed to have killed as many as thirteen top Russian military officers since the Russian invasion commenced on February 24, indicating a Russian general officer mortality rate not seen since World War II. Of the thirteen generals in question, only five have been publicly confirmed dead by Russian sources. The claimed deaths of three generals-- including Chief of the General Staff Valeriy Gerasimov, who visited the eastern town of Izyum close to the front lines last month-- have been conclusively rebutted by Russian officials and Western sources.

Kyiv has not published internal casualty statistics since the start of the war to maintain the morale of its military, which finds itself increasingly outnumbered and outgunned by Russian forces as the conflict enters its fourth month. But Ukrainian authorities have recently estimated that between 200-500 Ukrainian troops are dying each day on the war’s eastern front as Russian forces press their advantage in artillery firepower and other heavy equipment. Konashenkov said Russian forces are close to consolidating their control over the strategically crucial stronghold of Severodonetsk as Ukrainian forces there continue to resist from inside the besieged Azot chemical plant in the city’s industrial zone.

NATO chief Jens Stoltenberg said last week that the war could drag on for “years,” adding that the alliance “must not let up in supporting Ukraine” with continued military aid packages.