Fire! Taiwan’s Military Is Getting Some Serious Firepower from the U.S. 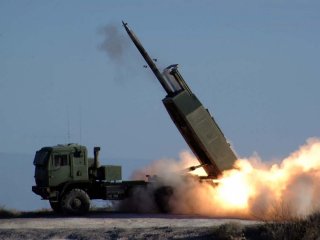 This year Beijing has all but made its intentions crystal clear about its relationship with Taiwan, which has long been seen as an illegal, breakaway providence whose de facto government it does not recognize. China has not been shy about the saber-rattling against Taiwan in recent months.

This has included increasing its naval presence in the Taiwan Strait, while the People’s Liberation Army Air Force has frequently cut into Taiwan’s Air Defense Identification Zone. The threatening posture has also included warmongering editorials in the state-run media, but yet Taipei has remained vigilant against this aggression.

Help could be on the way, as the U.S. State Department approved the potential sale of three weapon systems to the Republic of China (aka Taiwan), which include sensors, missiles and artillery systems in a deal worth a reported $1.8 billion. This Foreign Military Sales (FMS) was approved less than two weeks before the U.S. presidential election and was delivered electronically to Congress from the Pentagon’s Defense Security Cooperation Agency on Wednesday.

It likely will only further intensify tensions between Washington and Beijing, but Taiwan has long been seen as the first line of defense for America’s interest in the region, while the arms sale is just the latest attempt to contain China’s military aggression and expansion.

The formal notification gives U.S. lawmakers in Congress thirty days to object to the sale. However, given the broad bipartisan support for the defense of Taiwan, it is unlikely there will be such an objection.

“This arms sale shows that the United States attaches great importance to the strategic position of the Indo-Pacific region and the Taiwan Strait, and is actively assisting our country in strengthening our overall defense capabilities,” Taiwan’s Defense Ministry said, as reported by the Reuters News Agency.

While Beijing has already protested such sales, U.S. laws such as the Taiwan Relations Act (Public Law 96-8), which was passed by Congress in 1979, require Washington to sell defensive systems to Taipei and, if necessary, provide the means to purchase such systems through the FMS program.

Among the military hardware that was part of the FMS included eleven Lockheed Martin High Mobility Rocket System (HIMRARS) truck-based rocket launchers, for an estimated $436.1 million; one hundred and thirty-five AGM-84H Standoff Land Attack Missile Expanded Response Missiles along with related equipment supplied by Boeing Co, for an estimated $1.008 billion—it is a remotely controlled missile that can be redirected to another target after launch if the original target has been destroyed or is no longer considered dangerous; and six MS-110 Recce external sensor pods made by Collins Aerospace for jets, at an estimated cost of $367.2 million.

The HIMRARS is already widely used by the United States military including the U.S. Army and U.S. Marine Corps. Its primary rocket is the Guided Multiple Launch Rocket System, with a 200-pound warhead and a maximum range of 50 miles. A single HIMARS launcher can carry and launch six of the GPS-guided GMLRS at a time. The larger Army Tactical Missile System packs bomblets or a 500-pound unitary warhead and can fly as far as 186 miles--meaning it could strike the Chinese mainland. A HIMARS can fit one ATACMS at a time.

Additional congressional notifications for arms sales to Taiwan are expected to include General Atomic drones, as well as Boeing land-based Harpoon anti-ship missiles, which could be used in a coastal defense capacity. Whether such weapons act as a true deterrent to Beijing is something that only time will tell.