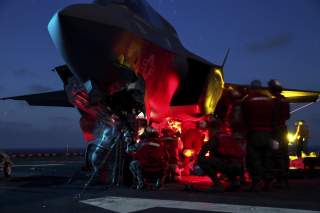 The U.S. Marine Corps has chosen not to develop a ship-launched drone for the airborne early-warning role.