Forget The F-35, Israel Still Has Plans For Its Huge Fleet Of F-16s 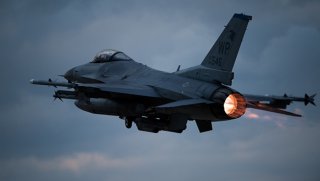 Here's What You Need To Remember: Israel already had considerable experience with the F-15 platform, having flown them for nearly twenty years. Part of the appeal of the huge airframe is due to it’s large conformal fuel tanks, which allow for a whopping 18,000 pounds of fuel. When combined with drop tanks, the Israeli F-15Is have a considerable range and loiter time.