Forget the Old F-15: The Air Force Could Have a Stealthy F-15SE "Silent Eagle" 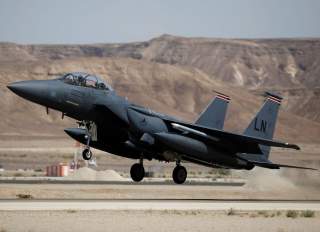 Key Point: A stealthy F-15 sounds like a good idea in theory, but it is unclear how much it would cost. Given that the military already has the super stealthy F-35, it would not make sense to purchase another expensive fighter.

This article first appeared in August 2018. It is being republished due to reader interest.