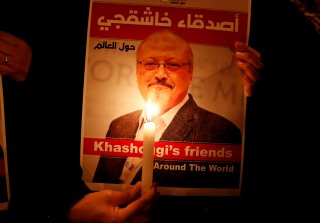 French prosecutors announced on Wednesday that Khalid Alotaibi, a Saudi citizen arrested at Charles de Gaulle International Airport earlier in the week, had been released from French custody after his detention on suspicion of participating in the murder of Saudi dissident journalist Jamal Khashoggi in October 2018.

After a consultation with the Saudi embassy in Paris, French police concluded that the Alotaibi that had been arrested shared his name with, but was not the same person as, the Alotaibi that has been accused by the Turkish government of participating in the murder. That Alotaibi, a member of the Saudi Royal Guard, has been sanctioned by the United States and the United Kingdom and was named as a potential assassin in a United Nations report detailing the incident.

“Extensive checks on the identity of this person showed that the warrant did not apply to him,” a statement released by the prosecutor’s office read.

The Saudi embassy claimed soon after the arrest that the Alotaibi who had been detained had “nothing to do with the case in question.” The Alotaibi under sanction is allegedly in prison within Saudi Arabia for his role in the murder.

Alotaibi was arrested at the airport after his passport was connected by airport security with the Turkish warrant for his arrest, which remains open.

Khashoggi, who worked at The Washington Post and wrote several columns critical of Saudi Crown Prince Mohammed bin Salman (MBS), was murdered inside the Saudi consulate in Istanbul after entering to arrange a marriage license to his fiancée, Turkish citizen Hatice Cengiz. Turkish security forces recorded the preparations for, and execution of, the murder, and a Turkish investigation implicated twenty-six Saudi nationals in carrying out the plot, including two former aides to the crown prince.

The news of Alotaibi’s arrest, prior to his release, was welcomed by Cengiz, who told Agence France-Presse that it represented a “very significant first step for justice for Jamal.”

Alotaibi’s arrest briefly led to worries that Saudi-French relations would be impacted, as the arrest took place within days of French president Emmanuel Macron’s visit to Saudi Arabia—the first visit by a high-profile Western leader since Khashoggi’s murder. Macron has pushed for closer ties to the kingdom, arguing that Riyadh’s cooperation is essential to securing lasting peace with Iran.