Frankenstein Upgrades Will Keep These Fighter Jets Flying for Another Decade 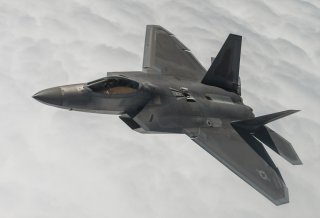 Air Force senior weapons and technology developers are adamant that there will not be any kind of cost-affordability “trade-off” or reduction when it comes to balancing its F-35 fleet with the emerging Next Generation Air Dominance (NGAD) sixth-generation platform. While there will be of course clear and decided efforts to lower costs of both production and maintenance, the two aircraft programs will not drain from or compete with one another for funding or prominence when it comes to the composition and structure of the future force.

“We don’t see a trade-off between NGAD and the F-35,” Lt. Gen. David Nahom, Deputy Chief of Staff for Plans and Programs, told the Mitchell Institute of Aerospace Studies in an interview. “With the F-35 tech refresh and Block IV, that brings us an ability in contested environments, and the NGAD will ensure air dominance. There is no ‘money move’ between the F-35 and NGAD.”

This perspective makes sense for the Air Force given that the military service’s ambitious plans for NGAD and continued commitment to keeping the F-35 fighter jet flying until the 2070s and beyond. The concept requires operating both the F-35 fighter jet and sixth-generation aircraft alongside one another in a commensurate and supportive fashion. This is particularly significant in that NGAD is primarily intended to operate as an F-22 Raptor replacement to ensure air dominance and operate as the most superior air-to-air, high-speed, stealthy fighter jet in the world. The F-35 fighter jet is more of a multirole fighter aircraft capable of operating in an intelligence, surveillance and reconnaissance capacity as well as an attack jet in both air-to-air and air-to-ground combat scenarios.

The intent is for NGAD and the F-35 fighter jet to complement one another in air engagements. Perhaps an F-35 fighter jet can use long-range, high-fidelity sensors to pinpoint groups of enemy fighters and direct a group of sixth-generation fighters to pursue and destroy them in a dogfight in the air? Perhaps they will be networked to one another in unprecedented ways to enable combat integration, target-sharing technology and an ability to operate in a dispersed, yet highly networked fashion.

Interestingly, this does not mean the F-22 Raptor is disappearing either. The Air Force will continue to upgrade the jets at a rapid pace with software and weapons adaptations intended to make the aircraft more lethal. For example, the F-22 Raptors carry AIM-9X and AIM-120D air-to-air weapons, which have been upgraded with software to improve their ability to combat adversaries and survive enemy interference such as “jamming.”

“We will continue to upgrade the F-22 as it will be the dominant platform until there comes a time when we need a new platform,” Nahom explained.

At this point, it seems possible that the Air Force will fly upgraded F-35 jets alongside upgraded F-22 Raptors and a fast-growing number of sixth-generation stealth fighters in the 2030s. While details regarding NGAD are understandably scarce due to security concerns, it seems entirely realistic that the aircraft may be the fastest, most maneuverable, stealthiest and most lethal fighter jet the world has ever seen.