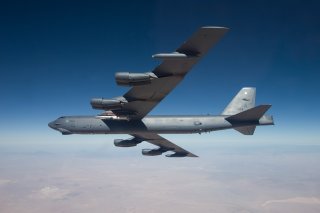 Is the Air Force beginning to lose faith in one of its hypersonic weapons programs? A recent story from Air Force Magazine indicates that the program’s long-term funding is in question.

“[We’re] not walking away. It’s funded in [2023],” Maj. Gen. James D. Peccia III, deputy assistant secretary for budget, told the press this week, as reported by Air Force Magazine. “And then we’ll make an assessment after that.”

This comes after three failed launches in 2021. According to the Drive, the prototype missile “never left the wing of the B-52H bomber carrying it” during a test in December 2021.

The planned procurement of twelve more Air-launched Rapid Response Weapons (ARRW) has been scrapped from the next budget, which had been expected to cost about $160 million. Instead, the budget has directed  $577 million to “research, development, test, and evaluation for the department’s hypersonic programs,” according to Air Force Magazine. That amount will be split between the ARRW and the Hypersonic Attack Cruise Missile programs.

“I think when it comes to hypersonic weapons, we’ve got to have the right mix, and so we’re committed not only to ARRW [but] as well as to HACM, and that’s why you see RDT&E funding for both of those,” Air Force Under Secretary Gina Ortiz Jones said, per Air Force Magazine.

The United States is one of several countries known to be working on hypersonic weapons, which are defined by their ability to travel at five times the speed of sound. Russia reportedly used hypersonic missiles in combat in Ukraine, but that was downplayed by Western officials, including Secretary of Defense Lloyd Austin.

"I would not see it as a game changer," Austin said on CBS’ Face the Nation program earlier this month. "I think the reason he is resorting to using these types of weapons is because he is trying to reestablish some momentum. And again, we've seen him attack towns and cities and civilians outright, [and] we expect to see that continue.”