The G7’s Infrastructure Plan Leaves the Developing World to China 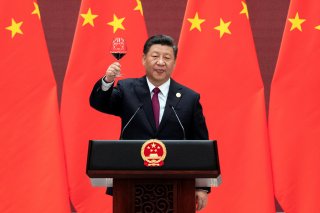 The G7 economies offered an unprecedented $600 billion infrastructure pledge—the first attempt to form a developing world “Marshall Plan” in the post-colonial era—at the G7 Summit last week. Given the $15 Trillion global infrastructure financing deficit before 2040, the G7’s commitment is encouraging, albeit meager. The plan was conceived by the world’s largest democracies to outcompete China in owning twenty-first-century global infrastructure.

However, even worse than failing to outcompete China would be leaving much of the developing world to China.

Infrastructure has been at the center of global order and development since the Roman era. China has been the developing world’s willing, ready, and able infrastructure partner over the past decade. One African researcher told the London School of Economics that there are no “democratic roads or authoritarian bridges.” The ultimate end of infrastructure is development, not ideology. This echoes the Chinese view.

Conversely, the G7 affirmed that its infrastructure investment would be values-driven. According to the Economist Intelligence Unit’s 2021 Global Democracy Ranking, twenty-three of Africa’s fifty-four countries are categorized as full democracies (only Mauritius), flawed democracies, or hybrid regimes. If the G7 infrastructure pledge exclusively supports democracies, only one country by the strictest standard—or twenty-three countries by the most relaxed standard—in Africa would even qualify for the funding.

Here is a more sobering reality for the G7. Because most African and Asian countries do not qualify for the G7’s investment based on their political fundamentals, China will likely be their strongest and only financier in the decades to come. In today’s world, fewer than 20 percent of the population lives in a full, free democracy—and that number is shrinking. The rest of the world’s 80 percent is being pushed into China’s economic orbit by the G7’s own making.

The G7’s renewed Cold War grand game will create a more fractured world. When China completed laying the PEACE cable along the east coast of Africa in 2021—supplying low-cost, high-speed data access from Djibouti to South Africa and across the Mediterranean to southern France—it would not have been admirable nor economically viable to only provide telecom connectivity to democracies. Infrastructure has a minimal impact if it is developed piecemeal, like a jigsaw puzzle. The developing world will be more divided and economically unequal if a digital wall is erected against non-democracies and infrastructure reaches only the lands where votes are counted.

There are three reasons why the G7 needs to restore the lost faith in its infrastructure commitment across the developing world.

First, The G7’s Partnership for Global Infrastructure and Investment is the metamorphosis of its 2020 version, the Build Back Better World. The name change removed the reminder of the Biden administration’s failed domestic policy hallmark, the Build Back Better Act. After all, when a multitrillion-dollar vision to revitalize America’s own physical and social infrastructure failed to emerge, how realistic is it that America will now prioritize a $200 billion infrastructure investment from Mozambique to Myanmar?

Second, in a multilateral pledge, G7 members and the European Union (EU) risk falling into a prisoner’s dilemma. The developing world watches the consort of nations in the global climate change negotiations, where every country waits for the other to be the first mover.

Third, the EU’s commitment to the global infrastructure drive was 1.5 times more than the United States’ commitment. Europe has centuries-long roots in Africa and Asia. Will Africa and Asia see this re-entry as neo-Colonialism? If Europe is there to support Africa and Asia, why has Europe not done more over the past decades, if not centuries? Why are developing countries portrayed as geopolitical theaters, not self-determined agents?

The G7’s pledge should not ignore the indigenous longing and aspirations of the developing world and its people. They do not wish to become the proxies for economic liberal or illiberal powers. The world’s developing nations are not any great power’s winning trophy. They are their own champions.

Self-evidently, the optimal strategy for the G7 to foster liberalism across the world is to engage with authoritarian powers, not isolate them. The United States has condescendingly discounted the significance of countries such as Saudi Arabia and the Solomon Islands and discarded its decades of support for Afghanistan and Myanmar. The result? The oil crisis bites hard at the G7’s livelihoods, and the global security vacuum welcomed China’s foray.

Viewed from the developing world, the world’s seven most advanced nations are perhaps making a policy mistake. Conditioning G7 infrastructure financing on democracy will create a supersized China that is more empowered in the developing world, defeating the very grand strategy the G7 has set out to accomplish.

Shirley Ze Yu is a Senior Practitioner Fellow at the Ash Center of Harvard Kennedy School and director of the China-Africa Initiative of the London School of Economics. Follow her on Twitter @shirleyzeyu.