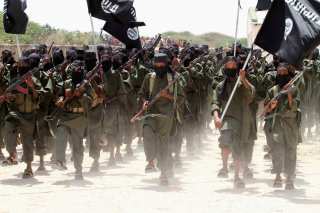 Twenty-one Somali citizens were killed and an additional 117 wounded by Somalia’s Al-Shabaab terror group during a weekend attack on a hotel in Mogadishu, according to Somali health minister Ali Haji Adan.

The Al Qaeda-linked group launched its attack on Friday evening against the Hayat Hotel, a hotel frequented by Somali government officials and members of the country’s elite class. The attack began after an Al-Shabaab suicide bomber detonated himself inside the hotel lobby. After the bombing, an unknown number of Al-Shabaab members entered the hotel, holding its inhabitants hostage and leading to a thirty-hour standoff with Somali security forces. Government troops entered the building on Sunday and killed the hostage-takers.

Somali police commissioner Abdi Hassan Mohamed Hijar later told reporters that more than 100 people, including women and children, had been rescued during the siege. During the assault, bomb damage caused parts of the building to collapse, and security forces continued to remove rubble and search for bombs inside the hotel after the attack had ended, according to AFP.

The attack was immediately condemned worldwide, with U.S. State Department spokesman Ned Price writing in a statement that the United States “strongly condemn[ed]” the incident and commended the Somali security forces’ response.

The Hayat Hotel attack was the largest Al-Shabaab attack in Mogadishu since the inauguration of incumbent President Hassan Sheikh Mohamud in May, underscoring the great difficulty that Somali security forces have faced in combating the terror group. Although Al-Shabaab militants were forced out of Mogadishu in 2011, the group has maintained an influential presence in the countryside, and it has continued to launch high-profile terrorist attacks within Somalia and East Africa over the past decade. The group’s deadliest attack occurred in October 2017, when a suicide truck bomb detonated in Mogadishu’s Hodan district and killed 512 people. Outside of Somalia, however, Al-Shabaab is probably best known for its attack on Kenya’s Westgate shopping mall in 2013 in retaliation for Kenya’s participation in an East African military intervention against the group.

U.S. Africa Command, or USAFRICOM, has estimated that Al-Shabaab contains between 5,000 and 10,000 active fighters across Somalia, making it Al-Qaeda’s largest affiliate group by most estimates. To combat the group, President Joe Biden announced in May that the United States would maintain a “persistent” military presence in Somalia, reversing a decision by his predecessor in office, Donald Trump, to withdraw all U.S. forces from the country.