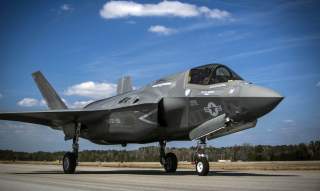 “They have got these digital SAMS (surface-to-air-missile-systems) out there that can change frequencies and they are very agile in how they operate. being able to replicate that is not easy,” Maj. Gen. Jeffrey Harrigian, former Director of the F-35 Integration Office, told Scout Warrior in an interview. (Harrigian now leads the air war in the Middle East)Surface threats from air defenses is a tough problem because emerging threats right now can see aircraft hundreds of miles away, service officials explained.