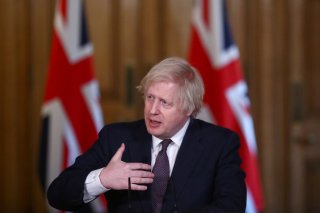 The United Kingdom has had at least ten major reviews covering the realms of national security, defence, and diplomacy since the end of the Second World War.

None of them, however, have sought to unify this process—hence the name of the document in question, the “Integrated Security, Defence and Foreign Policy Review,” or as its more glamourous title would have it: “Global Britain in a Competitive Age.”

This grandiosity is concurrent with Prime Minister Boris Johnson’s usual bombast—but his genuine ambition was clear from the outset, stating early last year that it would be “the biggest review of our foreign, defence, security and development policy since the end of the Cold War,” backing this up with the biggest program of investment in defence since 1990.

Indeed, the 114-page document doesn’t disappoint in terms of scale.

Echoing the United States, the UK has been expected to outline a tile to the Indo-Pacific. This was crystallised in the document. But does the tilt eastwards represent an emphasis on the near east of Suez, as well as the far east?

In short, no. Despite good intentions, Britain’s Middle East policy is thin on the ground and becomes unstuck when tested against the threats of Iran and China.

For context, let’s first look at some aspects of previous reviews.

Sandys’ 1957 Review was the first forward-looking defence white paper. Britain’s “vital interests” in the Middle Eastern theatre reflected the times: the Baghdad Pact committed it to preventing the spread of communism while defending possessions in the Arabian Peninsula and Persian Gulf were of high priority.

The effects of Britain’s Suez capitulation were detailed in the Healey Reviews (1965-1968), which outlined “the reduction in our role east of Suez,” including the aforementioned colonial possessions.

The first review of the post-Cold War era reflected Britain’s loyalty to multilateralism. Soon after its publication, Britain would reaffirm this in the UN Security Council, where it voted for, and subsequently contributed towards, a coalition effort in the Gulf War. Securing trade—particularly “crucial” Middle Eastern oil supplies—was also noted as a regional priority.

Moving into the twenty-first century, white papers reflected wars in Afghanistan and Iraq—where forces continued to fight as part of U.S.-led coalitions against destabilizing state and non-state actors. Development was introduced in 2010 as a tool to tackle the “root causes of instability” and play a role in Britain’s ambition to “project our influence overseas,” done in conjunction with British forces returning to bases east of Suez to “reassure” Gulf Cooperation Council (GCC) allies who faced Iranian aggression.

Looking at this chronology, the specific threats have changed over the decades, but they can be generally characterized as regional instability caused by great power geopolitics and terrorism which threaten Western security.

The main objectives of the 2021 Review are to achieve these same historic objectives. This was revealed in Johnson’s speech to the House of Commons: “The overriding purpose of this Review—the most comprehensive since the Cold War—is to make the United Kingdom stronger, safer and more prosperous while standing up for our values.”

In the Middle East, these objectives are of seemingly varied importance:

Firstly, and most centrally, Britain will promote prosperity through trade. The effect of Brexit is clear in the review: Britain emphasizes it is “an independent trading nation” which puts “trade at the heart of Global Britain.” Variations of the word “prosperity” appear sixty times. Unsurprisingly, therefore, Middle Eastern relations are largely seen in commercial terms, as Britain looks to “deepen these links to become one of the region’s primary trade and investment partners.”

The review implies that promoting prosperity in the Middle East will cause increased regional security—enabling the second objective: protecting people and interests. Johnson’s vision for relations in the Middle East in 2030 reads:

We will have thriving relationships in the Middle East and the Gulf based on trade, green innovation and science and technology collaboration, in support of a more resilient region that is increasingly self-reliant in providing for its own security.

Third, promoting British liberal values plays a part. We read, “the United Kingdom will be a beacon of democratic sovereignty,” promoting “free and fair trade” within the global system. On the Middle East, the review states: “We will work with partners to build more open, inclusive and resilient societies.”

Projecting influence in the Middle East is less important. It’s clear that the region plays (at least) second fiddle to Johnson’s 2030 vision of a Britain “deeply engaged in the Indo-Pacific.” Although not spelled out in such terms, this reveals a dwindling desire to be active in the region, which is corroborated by Johnson’s above vision for regional security self-reliance.

Let’s look at these objectives in relation to some concrete issues.

Iran, as with other recent reviews, is clearly marked as a threat for reasons of its “destabilising” regional and nuclear activities. The review makes clear an “increased commitment to security and resilience, so that the British people are protected against threats.” We are under no illusions that the objective is not seeking prosperity, but protection.

The means of ensuring protection relate to seeking “regional rapprochement,” but beyond this, they are thin on detail. The review expresses openness to striking a “regional deal,” and we have already seen that Britain intends to promote regional self-sufficiency in terms of security. It’s clearly a different message from 2015, when Britain built up its military presence to reassure GCC countries against the Iran threat. Instead, it’s reflective of the Abraham Accords, which have cultivated Arab-Israeli alliances. Iran, however, sees this as an inherently anti-Shia axis, which makes it unsustainable as a long-term solution for regional security self-sufficiency. Without an indication of a more specific strategy, the goal of regional security as a means of achieving protection against Iran’s destabilizing threat leaves a lot to be desired.

Iran’s nuclear capability is also clearly flagged as a threat. Interestingly, the Joint Comprehensive Plan of Action (JCPOA) is not cited as a framework to prevent the Iranian development of the bomb. As the new U.S. and outgoing Iranian administrations are stalemated about who should comply with the treaty first, this suggests a requirement for manoeuvrability in not tying Britain to a sinking ship. Elsewhere in the document, Britain plans to increase its stockpile of nuclear warheads—something Iranian foreign secretary Javad Zarif has already lambasted as “utter hypocrisy.” Britain’s increase is in fact congruent with the Nuclear Non-Proliferation Treaty (NPT)—of which both parties are signatories—so unless Zarif is admitting to wanting nuclear weapons, he is wrong to call hypocrisy here. But this won’t stop Britain’s actions being politicized by the Islamic Republic, meaning more difficulties in achieving this “priority” goal.

We can critique the shortcomings relating to Iran, but at least the review outlines policy objectives and the threat in black and white; China’s influence in the region, however, is more ambiguous. This is despite China under the Chinese Communist Party being identified as “by far the most significant geopolitical factor in the world today” (note the word “factor” and not “threat”).

There is no explicit reference to China’s influence in the Middle East, but it’s clear this is not the same geostrategic communist threat that Britain swore to counteract under the terms of the Baghdad Pact. As Foreign Secretary Dominic Raab said: “We don’t want to go into some old, out-dated, Cold War mentality with China.”

The review introduces a policy of “systemic competition”—rather than conflict or containment—with China. It’s similar to the global coexistence strategy endorsed by Biden’s foreign policy team. Systemic competitors like China are defined as (among other things) “authoritarian,” ready to “export their domestic models… weakening established rules and norms” and using “digital authoritarianism.” Tobias Ellwood, Chairman of the Defence Select Committee, criticized the report for “still not seeing (China) as a geostrategic threat but a competitive trading partner.” However, the review’s definition of systemic competitors means the government has essentially all but labelled China a geostrategic threat.

Britain’s objectives of promoting liberal values in a region already disposed towards authoritarianism will be threatened by China. The deafening silence of Arab countries on the Uighur issue demonstrates this tension. It follows that Britain’s hopes for prosperity through free and fair trade would also be threatened by a Chinese competitor not adhering to international rules and norms.

Britain’s objective for regional protection—a self-reliant Middle East—is also threatened. Although China says it does not want to take on security responsibilities in the region, it has a military base in Djibouti, is increasing arms contracts, and is the dominant energy client in the region—meaning the United States is providing a security umbrella for China’s benefit. In this report, Britain vows to continue securing oil and gas, but the emphasis on its “diminishing” importance sets the stage for retrenchment. Without a substantive plan for regional security, and with China on the march, a self-reliant and secure Middle East looks unlikely.

Suez and the Lessons of History