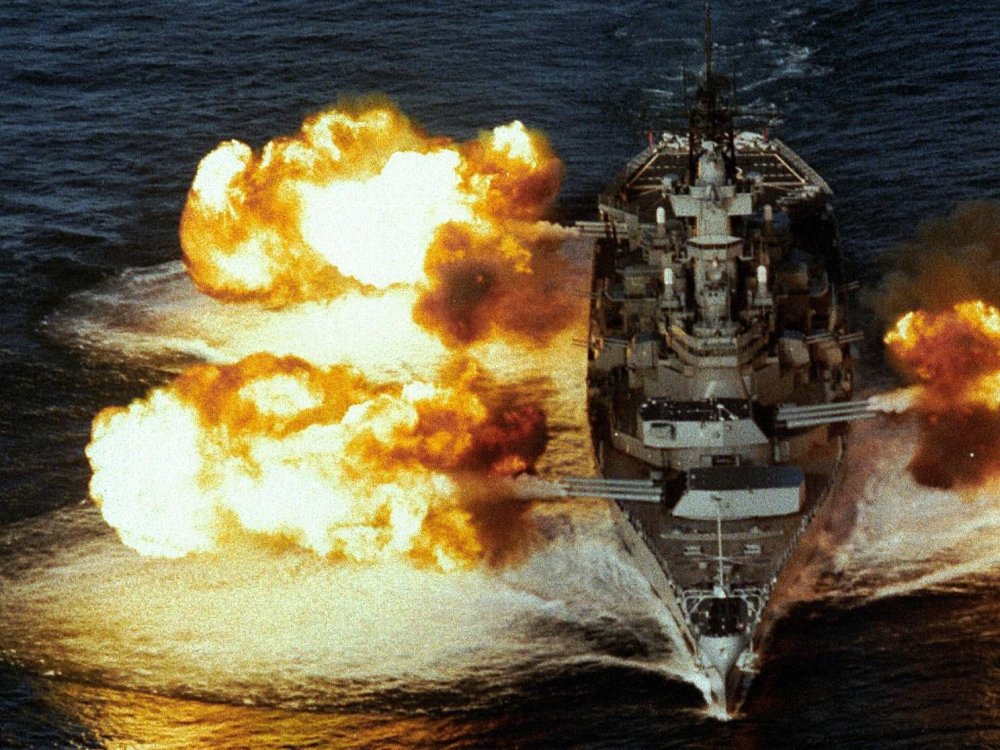 However, it would take time for ground forces and their heavy tanks and artillery to arrive in South Korean port of Pusan (all the others major ports were swiftly overrun).

The UN ships could affect battles on land in two key ways: by bombarding coastal facilities and enemy troops advancing along the coast line with their large guns, and by seizing control of the sea from North Korea’s People's Navy, which was using its small boats and merchant ships to supply troops along the coast and infiltrate commandos behind South Korean lines.

The smaller escort 2,000-ton HMS Black Swan, had survived mines and attacking Luftwaffe bombers, and even helped sink German submarine U-124. A year earlier, she had emerged badly battered but still afloat from a deadly gun duel with Chinese coastal guns on the Yangtze river.

Jamaica’s feats were even more legendary. In 1942, she had charged towards German battlecruisers in the Battle of the Barents Sea, helping drive them away, then helped sink notorious battlecruiser Scharnhornst in the epic Battle of the North Cape.

As the cruisers surged forward to intercept, to their surprise, the motorboats peeled of and came barreling towards them!

As secondary weapons, the motor boats also had 12.7-millimeter machine guns, and some may have been fitted with punchier rapid-firing automatic cannons.

The Soviet Union had built over 300 G-5s between 1934 and 1941, and lost in World War II skirmishes with the German, Finnish and Romanian forces in the Baltic and Black Seas. However, they rarely launched torpedo attacks against large warships, instead battling small minesweepers and minelayers, and serving in auxiliary transport roles.

“A very perturbed 18-year old donned clothes, anti-flash gear and a tin hat in triple quick time. I made my way to my action station on the bridge…I soon saw what all the fuss was about.

By most accounts the North Korean never launched any torpedoes. According to Muschamp, one of the rescued sailors when asked by an interrogator, stated: “Oh, the Russians were going to teach us how to fire them [torpedoes] next week.”

Bravado aside, the KPN subsequently decided to avoid directly engaging U.N. warships for the remainder of the conflict. However, it did continue using small boats for resupply and troop infiltration mission—most of which= were subsequently sunk that July and August, including the ten KPN trawlers the motor boats had been escorting.

The battle of Chumonchin Chan is today considered on of the six surface warfare engagements fought by the U.S. Navy since World War II, but the small size of the North Korean vessels has likely contributed to the engagement’s obscurity.

Nonetheless, North Korea’s coastal fleet played an important role in the early days of the Korean War in projecting force against it southern neighbor. The vigorous counterattack mounted by ROK and UN naval forces likewise was vital in curtailing that threat—and laid the groundwork for the landing at Inchon that ejected Pyongyang’s troops from South Korea, and ultimately threatened the North in turn with invasion.