How China Got Its Hands On Its First Aircraft Carrier 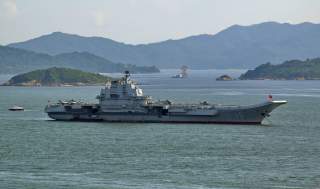