How China's Navy Is Preparing to Fight America if War Comes 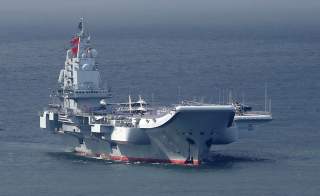 The People’s Liberation Army Navy has no recent combat experience and no hope of challenging the U.S. Navy on a global scale. The U.S. Navy outnumbers and outclasses China’s sailing branch in practically every category — not just technologically.