How Did China Develop the J-35 Stealth Fighter So Fast? 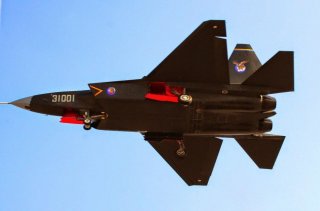