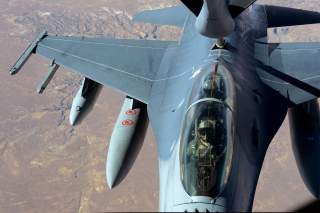 Key point: "At the core of the F-16 Block 70 is the Northrop Grumman APG-83 Active Electronically Scanned Array radar, which is based on technology leveraged from the F-22 Raptor and the F-35 and can track more than 20 targets simultaneously."