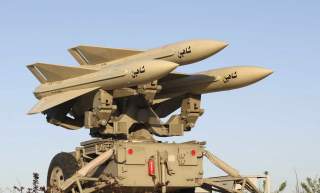 After reading the whole report, along with just a quick parsing of many other documents and resources on Iran’s military over the years, one can easily come to the conclusion that Iran’s forces, when confronted close to its shores, would not be easily subdued. What is referred to commonly as the “tyranny of distance,” combined with Tehran’s growing A2/AD capabilities, creates an interesting challenge for U.S. warfighters if the unthinkable ever came to pass.