How Iran Got North Korean Subs 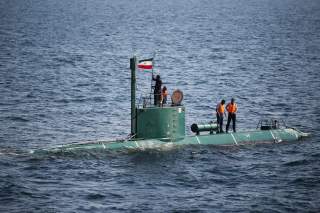 Key point: When countries are forced out of global markets, it should be expected that they trade with each other (including weapons).

Mark Episkopos is a frequent contributor to The National Interest and serves as research assistant at the Center for the National Interest. Mark is also a PhD student in History at American University. This article was first featured earlier in 2019 and is being republished due to reader's interest.