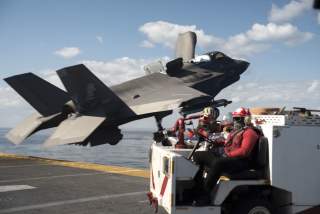 Key point: It may be then that the carrier is not being rendered obsolete but is evolving (or regressing) into the role that interwar strategists had in mind for it—a platform geared towards spotting and perhaps providing fighter cover for a twenty-first century variant of the battleship.