How South Korea Could Soon Have F-35B-Armed Aircraft Carriers 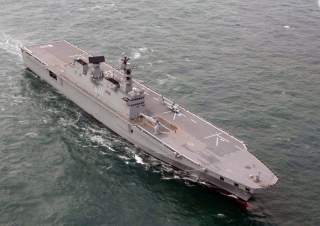 Key point: Seoul has two helicopter carriers that would be perfect for the F-35B jump jet.

Zachary Keck is a former managing editor of the National Interest. He tweets @ZacharyKeck. This first appeared earlier in 2018.