How a US Navy Seal Tragedy Inspires New Drone Technology 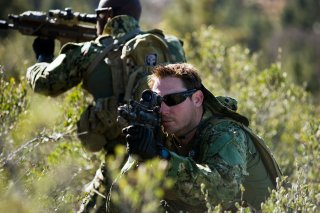 Marcus Luttrell was the “lone survivor” who fought to the end as nineteen of his fellow Navy SEALs died fending off hundreds if not thousands of Taliban during the now well-known “Operation Red Wings” in 2005.

Many people are likely familiar with Luttrell’s story as it was told in the famous “Lone Survivor” movie. A lesser-known and extremely impactful development arose following this American tragedy, which resulted from communications failures.

Luttrell was among the U.S. Navy SEALs who were wound up trapped by thousands of Taliban after being unable to achieve radio communications connectivity from isolated mountainous positions in the Kunar Province in Afghanistan.

Unsurprisingly, the event led to an urgent Pentagon request for technologies capable of establishing and maintaining communications connectivity in austere, mountainous locations. The Pentagon wound up working with Northrop Grumman to engineer an aerial communications relay called the Battlefield Airborne Communications Node. BACN, as it is more widely known, is a technical gateway system integrated onto the Block 20 version of RQ-4 Global Hawk unmanned aircraft and E-11A fixed-wing surveillance planes.

As a gateway technology, the BACN technical suite would be able to receive and transmit otherwise separate or disconnected communications pathways, such as radiofrequency data links in an interoperable way. An incoming radio frequency signal, for example, can be received, processed and transmitted to connect otherwise disparate “nodes” potentially isolated or cut off in warzones. As an aerial platform, BACN can adjust its location and cover a wide sphere of territory to ensure that dismounted or forward-deployed troops remain connected with the best and most recent intelligence data.

Throughout the many years of its existence, BACN has now achieved two hundred thousand combat flight hours since its combat debut in 2008.

“BACN has been used for missions such as airdrop, convoy, humanitarian assistance, close-air support and theater air control systems operations,” according to a Northrop Grumman press statement.

Throughout the years, BACN has been upgraded numerous times. These upgrades are efforts to enhance data rates by ten times and integrate new automation software. As many as four Air Force Global Hawk Block 20 unmanned aircraft have used BACN at one time.

These are the kinds of enhancements that could make the Block 20 Global Hawk essential to emerging programs such as the Pentagon’s Joint All Domain Command and Control effort to establish a multi-domain, multi-node “mesh” network across a wide area of operations. The concept is to not only greatly decrease sensor to shooter time, but also maintain real-time intelligence connectivity across the force and build in redundancy.