How Will the Russo-Ukrainian War Impact Energy Connectivity? 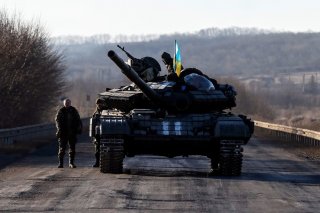 The Russo-Ukrainian War has produced significant economic ripple effects across the world, from supply line disruptions to food shortages and rising global inflation. The most consequential economic impact of the war, however, has been seen in the energy sector. Energy disruptions between Russia and the European Union (EU) have become a fixture of the Ukraine conflict, while the United States has banned all Russian energy purchases altogether, sending global energy and fuel prices skyrocketing in the process.

Will the conflict in Ukraine permanently change the nature of energy flows between Russia and the West? And if so, aside from the obvious short-term economic costs, what are the broader geopolitical implications of this shift?

Nevertheless, the EU voted on May 31 to phase out 90 percent of its oil imports and two-thirds of its natural gas imports from Russia by the end of this year. This is a key part of Brussels’ dual strategy to lessen EU dependence on Russia and deprive Moscow of energy revenues that it uses to finance the war against Ukraine. The EU has already made some strides on the first component of the strategy, reducing overall volumes of Russian oil imports by 75 percent, while signing energy agreements with Israel and Egypt to increase liquefied natural gas (LNG) purchases. However, the latter component of the EU’s strategy has so far proven more difficult to carry out. Russia has reportedly earned higher energy revenues than it did prior to the conflict, raking in $98 billion 100 days after the war began. More than 60 percent of this revenue came from EU countries.

There are two key factors behind Russia’s ability to sustain and even increase its energy revenues. One is that energy prices have risen substantially amidst the disruption and uncertainty of the war, allowing Russia to offset lower import volumes from Europe (some of which has been self-inflicted, with Moscow cutting off natural gas exports to Poland, Bulgaria, and Finland). Russia has also been able to find non-Western markets for its energy exports, with both China and India increasing their volumes of Russian oil purchases since the conflict began. Indeed, Chinese imports of Russian oil hit record volumes in May, while other states like South Africa have shown an interest in raising imports from Russia.

The second key factor, and the more concerning one for Russia, is that the full impact of the West’s energy restrictions has yet to be felt. The EU’s oil ban does not go into full effect until the end of the year, while natural gas reduction could take up to five years. Additionally, sanctions that the United States and EU passed against Russia are likely to have a delayed but potentially significant impact on Moscow’s ability to access foreign technology and sustain its current levels of energy production.

Combined, these two factors suggest that a fundamental shift in energy flows is indeed possible and may well be underway. After all, the United States and EU certainly have an interest in cutting off all energy dependence on Russia, while the Kremlin has an interest in securing access to non-Western energy markets, such as China and India, that are less likely to be critical of Moscow over Ukraine. Both Russia and the EU have thus tailored their respective energy strategies accordingly, with each trying to reduce their dependence and drive up costs on the other.

However, to determine if such a shift will become a sustainable feature of global energy connectivity flows, there are three key indicators to watch closely. The first is infrastructure development, which is required to match any major increases in trade patterns. This is particularly the case for the energy sector, which relies on pipelines for a significant amount of oil and gas flows between Europe and Russia. While Russia and the EU have been able to find alternative oil trading partners, it will be harder for both sides to diversify their natural gas exports and imports, respectively. There is a vast natural gas pipeline infrastructure between Russia and Europe, and it would take several years and billions of dollars in investments for either side to develop the necessary infrastructure for major diversification. The EU could increase LNG supplies using tankers but competition from Asian importers and a higher average price could pose additional challenges to any diversification efforts

This brings us to the second indicator: cost tolerance and public opinion. While the EU may be able to reduce or even halt imports of Russian energy, this will entail economic costs greater than what Europeans are used to paying. Germany could face a recession if it stops importing gas from Russia, and other EU countries have already started to tap into their gas storages and rely on dirty fuels like coal to reduce imports from Russia. And while Russia may be able to find alternative export markets in Asia and elsewhere, the revenues that Moscow will earn are likely to decrease over time.

Thus, this factor is likely to pose more of a political challenge. How much economic and political pressure are Russia and the EU prepared to endure while pursuing these changes? The West is banking that Putin will buckle under the pressure of sanctions and change course (or be replaced), while Putin is betting that Western governments are more vulnerable to public opinion and the associated costs of sustaining support for Ukraine. Countries like Hungary have shown that the EU is far from united on this issue.

The final indicator, and likely the most important one in the long term, is technology. The EU’s efforts at decarbonization and transition to cleaner and renewable forms of energy via the European Green Deal could prove to be a game-changer in breaking the bloc’s dependence on Russian energy. And China has also been investing and experimenting with alternative forms of energy, which could deprive Russia of the single largest alternative market. If these changes took place, it would not only reshape global energy connectivity but it would have massive geopolitical consequences, including significantly weakening Russian economic, and by extension military, power. In turn, this could enable the West to help Ukraine turn the tide against Russia on the battlefield and push back against the growing alignment between Moscow and Beijing.

Such technological shifts, however, are likely still years away from fully materializing, which means that the EU and Russia will remain dependent on one another in the energy sphere in the near to mid-term or risk major economic and political consequences (with the International Energy Agency chief warning on June 22 of the potential for a complete Russian gas shutdown this winter). The question is which side can better manage a smoother transition in the coming months, with the fate of not only energy flows but also the broader global economy hanging in the balance.

Eugene Chausovsky is a Senior Analyst with the New Lines Institute. Chausovsky previously served as Senior Eurasia Analyst at the geopolitical analysis firm Stratfor for more than 10 years. His work focuses on political, economic and security issues pertaining to Russia, Eurasia, and the Middle East.