How Would America Respond if Russia or China Attacked a U.S. Satellite? 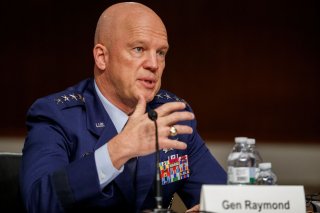 If a Russian or Chinese Anti-Satellite (ASAT) weapon streamed into space and exploded U.S. military satellites, friendly forces would instantly become very vulnerable to significant and extremely destructive enemy attacks. For instance, space-based infrared missile detection could be destroyed, GPS communications could be knocked out, and guided weapons could jam and derail before hitting their targets. Worst yet, war-critical command and control could simply be taken out.

Any or all of this could happen in as little as ten to fifteen minutes once a satellite attacking missile is launched from the ground. Lives will hang in the balance as alerts are sent through U.S. command and control, and decision-makers scramble to determine the best countermeasure with which to protect its space assets. Space war is no longer a distant prospect to envision years down the road—it is here.

Recognizing the seriousness of this vulnerability, the Pentagon, U.S. Space Command, Missile Defense Agency, and the defense industry are moving quickly to integrate Machine Learning and AI into space-based systems and technology. The intention is to accelerate threat detection and get crucial information to decision-makers.

“When a launch is detected, a spaced-based alert signal sends something down to command and control, which goes to the Air Force. It is then evaluated by computers and an alert is sent through the ballistic missile defense system. A mathematical formula determines its speed, trajectory and where it will hit, or land,” a Missile Defense Agency official told the National Interest.

In order to destroy an ASAT weapon, defenders need rapid access to vast pools of information, according to Ret. Lt. Gen. Christopher Bogdan, Senior Vice President, Aerospace Business, Booz Allen Hamilton, who said that commanders need to know “Where is it (the ASAT weapon) going up in the atmosphere? What is the signature or energy of the launch? What is it targeting and where might it hit its target? You need to figure out where the risk is.” (Bogdan is the former Program Executive Officer for the F-35).

“First things you need to know is what is going on up there. There are a lot of different catalogues and libraries of what is up there —and they are not all combined. Space Command and DoD are trying to combine space catalogues so they can have a single unified data library where everything including adversary information gets catalogued,” Bogdan said.