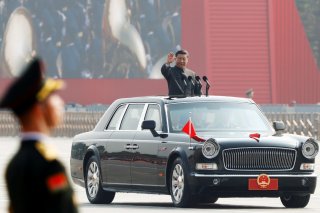 The 1910 funeral of Edward VII, king of the United Kingdom and emperor of India, represents the last time before World War I that the leaders of Europe met in person: kings, emperors, tzars, and presidents. That assembly illustrated the ties of blood and commerce of the time, which seemed to have bound the world in a tight embrace of common interests and visions. No one believed at the time that this family of nations was just a few steps away from a world conflict more terrible than any other in the history of humanity. Yet, ominous events, such as the Russo-Japanese War or the colonial crisis induced by the German face-off with France in Morocco, both around 1905, already forecasted a stormy twentieth century.

More than a hundred years have passed since these events. Now another member of the British royal family has died, Prince Phillip, the Duke of Edinburgh, Queen Elizabeth’s consort. Unlike 1910, Covid-19 turned his funeral into a close family affair with no “nine kings” photo-op. Today we live in a similar time of great hope and much conviction that the world has learned from the past and is moving toward a future of concord and shared interests. Yet, disturbing signs of potential conflicts between the great powers are everywhere. Russia’s 2014 occupation of Crimea challenged the postwar de facto agreement that European borders are fixed. China’s occupation of the South China Sea (SCS) echoes the world’s race for the colonies of the late 1800s and early 1900s.

Is mankind on the brink of a new global conflict? We sincerely hope not, but many signs caution against wishful thinking. Furthermore, there are disturbing signs that the People’s Republic of China (PRC) has developed a Second Reich mentality, while its President Xi Jinping seems to channel Kaiser Wilhelm II’s ambitious spirit. Since 2010, the PRC has claimed a growing portion of the SCS, a resource-rich maritime superhighway. Included are more than 250 islands, many with naval and air bases. For some, the United States and nations on the SCS littoral, this is considered a power grab. To others, the PRC, it is strategically aspirational. A grey area exists between the two extremes. To the rest of the world, these developments are destabilizing. For the moment, let’s assume that the PRC is neither planning global conquest nor has completely innocent designs. Instead, it finds itself where Imperial Germany was in 1913. If so, the outcome is anyone’s guess.

Globalization between 1871 and 1914 loosely mirrors similar growth between 1989 and today. Germany then and the PRC now represent states combining hard and soft skills, wealth and stature, plus commercial, political, and military might. Today’s SCS situation may mirror the naval and colonial races between Wilhemine Germany, the British Empire, and eventually much of the West.  For all its achievements, the Reichsmarine never equaled the Royal Navy. Will the PRC succeed where Imperial Germany failed?

The four decades prior to WWI saw massive globalization to the extent observers in 1914 believed a global war in such a modern age was impossible, even suicidal. During that period, the United States recovered from its civil war, Germany and Italy were created, Japan left its isolated feudal shell and joined the Western world. Steam-powered steel ships crossed the world’s oceans as did telegraph wires, while railroad mileage multiplied exponentially. A second industrial revolution began, based on chemicals and electronics, while a third, centered on the internal combustion engine and telecommunications, was poised to spring forth. London dominated interconnected, international banking. Wire and wireless telegraphy made news and financial information quickly available worldwide, presaging and building the premise for the future information age. Contemporaries believed a worldwide war would destroy all this and be utterly disastrous. They were right.

The Second Reich and the Second Global China

Bismarck’s new Second Reich seemed to epitomize all this: technologically innovative, powerful, and growing. However, in less than twenty years the new Kaiser Wilhelm II dropped the Iron Chancellor and put his unsteady mark on the nation. Young, restless, and with unresolved emotional issues, Germany resembled its troubled monarch. It jettisoned Bismarck’s alliance system in favor of going it alone as befitted its self-image of a true great power. Its population, industry, wealth, army, and navy all multiplied, and it sought to buy or conquer a colonial empire. But simultaneously Germany had a huge chip on its shoulder, and felt marginalized and disrespected, like a tacky nouveau riche: Europe’s Thenardier. Tone-deaf and ham-fisted, by the early 1900s Wilhelm managed to alienate most other nations around the globe except devoted Austria-Hungary.

Although technically a constitutional monarchy, Germany was an authoritarian, militaristic nation where the executive tolerated few checks and balances. In another comparison with the PRC today, it also had a compliant and immature middle class that early on made a Faustian bargain with the regime to trade away real political power for bourgeois comfort and trappings. Germany saw military conquest as a valid tool of foreign policy, and the middle class fully assented. The nation felt persecuted and surrounded by adversaries and potential enemies, and the Germans resonated deeply with this “victim” message. Like the Third Reich a generation later, it proved incapable of working within a viable coalition, and could or would not “play well with others.” Within a month during the summer of 1914, it was at war with most of Europe, and soon made enemies around the globe. As with WWII, Germany proved capable of winning battles and campaigns, but thankfully, not wars.

Just as “Germany” did not spontaneously emerge from the ether in 1871 (the Holy Roman Empire, Habsburgs, and Prussia had been European powers for centuries), the PRC had illustrious antecedents. For an even longer time, in various indigenous or foreign, i.e., Manchu, constructs, China dominated Asian culture, commerce, and politics. Before its early nineteenth-century decline, China demanded tribute from every nation in Indochina, Korea, and Central Asia. Before Columbus, massive Chinese fleets sailed as far as Madagascar, while its emperors banished most uncouth Europeans to the Cantonese enclave that became Hong Kong. Its literature, math, and science were cutting edge. But then a one-two punch crippled Qing China: a series of weak emperors, and European imperialists asserting their influence. That nearly 150-year slide changed with the end of World War II and the Chinese Revolution, when the PRC had the power to keep foreigners at bay.

A turbulent half-century later, the Communist Party consolidated power and set a new path. China has now returned to its proper place in the region, and, increasingly, the globe, as a multi-dimensional powerhouse. It is no surprise that such conditions increased tensions with the hegemon designee: the United States. While these disorienting confrontations and developments may strike Americans as novel, they should not. The PRC’s emergence, far from a discontinuity, should be viewed as a resumption of China’s long-duration domination of Asia and nearby seas. It is a modern society, as vitally interested in having a say in international affairs today as Germany did 120 years ago.

The North and South China Seas

What role does the SCS play in this renewal story? This relatively enclosed body of water, bounded mainly by the PRC, the Republic of China (ROC, Taiwan), the Philippines, Malaysia, Indonesia, and Vietnam, carries massive maritime traffic coming through the Strait of Malacca. It contains numerous natural resources, such as oil, natural gas, and fish, plus a limited number of small islands (some claimed by multiple nations). During the twenty-first century, the PRC has been expanding, improving, and militarizing many of them. These, plus the PRC’s assertive foreign policy and spurious territorial claims in the SCS, are the crux of the current problems.

While China’s strategy is more nuanced and sophisticated, it might fall into the same traps as the Kaiser’s. The siren song of past imperial glories can lead to dangerous rocks. Reveling in the role of challenger of the status quo can alienate others. Unilaterally going it alone against the regional or world order can make enemies. Asymmetric alliance systems dominated by a new (or reimagined) hegemon may only give only short-term relief.

And while, unlike the Kaiser, China has a world-girdling network, including the huge $4-8 trillion Belt and Road Initiative, it has also made investments in arsenals that may not deliver. Germany hoped that its “Risk Fleet” of surface ships and submarines would keep the Royal Navy in check and also strangle Britain’s maritime lifeline. However, the Reichsmarine was never powerful and autonomous enough to carry out these missions. Fast forward to 2021, the PRC’s hypersonic weapons, supposedly able to sink a U.S. aircraft carrier from far off, could overpromise and underdeliver; just like U-boats 105 (or eighty!) years ago, there might not be enough of them of the correct type in the right place. Likewise, tying itself too closely to Russia, with President Vladimir Putin reprising the role of Emperor Franz Josef, may also backfire, with weakness only giving the illusion of strength.

In short, we are left to ponder anarchist M.A. Bakunin’s wise admonition: The fecundity of events far surpasses the wisdom of the statesman.

Robert Kirchubel, Ph.D., is the operations officer and outreach director of the FORCES initiative (purdue.university/forces). He is a retired Cold War-era US Army lieutenant colonel who served as an armor officer across eighteen time zones. Kirchubel is the author of numerous books and articles on World War II.