I Am Watching China Wage a 'People's War' Against Coronavirus (65,000 Cases and Growing) 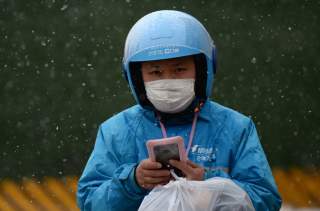 The policy of quarantining Spring Festival returnees for 14 days has extended through most of China as coronavirus surpasses 65,000 cases.

At a news conference held by the State Council Information Office, He Qinghua, deputy director of the Bureau of Disease Prevention and Control, announced that Beijing would be imposing 14-day quarantines on anyone who comes into the capital from anywhere. Because the origins of so many hundreds of thousands of individuals entering the city are “unclear,” Beijing has to implement such a policy to meet its own needs, He said.

Beijing is not the only city to judge such a policy as being “in accordance with its needs,” however. Shanghai, Nanjing, and many other cities have similar quarantine policies in place. In Nanjing’s central district, Gulou, for example, various “temporary party committees” have been established at the neighborhood level, and volunteers have been dispatched to guard the entry gates to make sure no one who does not live inside enters. Anyone who has returned from anywhere in the country is supposed to “submit to group observation for 14 days after arriving,” according to signs placed at the gates of many neighborhoods.

The fact that such a policy is observed at the district level is indicative of the fact that responsibility for responding to coronavirus has been somewhat decentralized. While the central government gave an order to fight a “people’s war” against the virus, and provincial-level and municipal bodies have also set policies, much of the specifics are being decided by district governments.

Trivium China, a strategic advising firm, wrote in its “tip sheet” February 13 that Xi Jinping has announced a policy of “decentralization”: “Each county and district will be given leeway to determine their own level of risk regarding the virus.”  Districts, of which Nanjing has eleven, are the administrative area just below a city. Decentralization to the district level is evident in Nanjing, where Jianye’s district government issued its own program for when various businesses would be allowed to reopen, as reported by The National Interest on February 13.

The Gulou district working group on coronavirus issued fliers that could be seen affixed to some closed shops directing anyone who had transited through Wuhan to register at their sub-district office and submit to self-quarantine inside their residence for 14 days.

Yet the scope of who is to be subject to such “group observation”-style quarantines is even broader at many apartment complexes and communities in Gulou. Signs out front of those in the Jiangdong Avenue area say that everyone who returns to Nanjing from elsewhere must be subject.

I talked to one person who is to be returning from Hangzhou, itself one of the cities most seriously affected, who said she broadly agreed with the policy. While not looking forward personally to being stuck inside (already being stuck inside in Hangzhou), she is resigned to the fact that it is necessary.

Inside the affected residential communities, checkpoints are set up at the main gate or road. Even deliverymen must drop their packages or their food off at the checkpoints. Although Communist Party members are encouraged to volunteer, not everyone who is picked as a guard is a party member.

The model of creating units described as temporary party committees and branches is being widely used to dispatch people to fight the spread on the streets. For example, Qingyuan city’s government affairs account states that on February 14, two new “temporary party branches” were established to monitor and check the temperature of passengers at its highway checkpoint. Similar temporary party apparatus were created in Pengzhou, Shandong, and elsewhere. 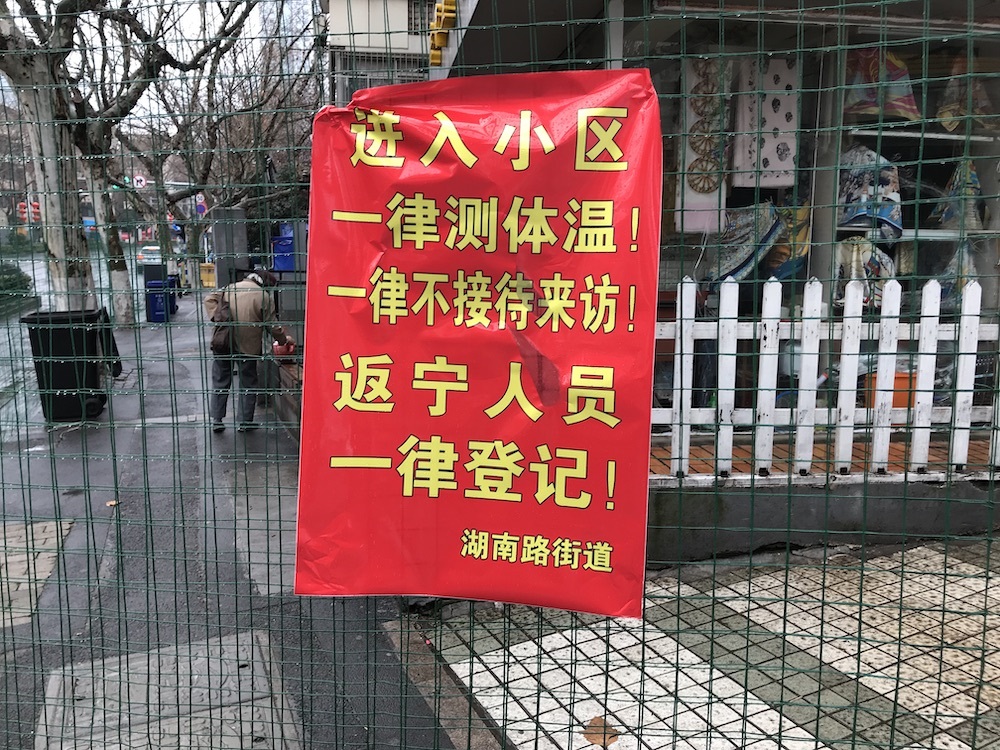 The Party has, after all, emphasized its claim to be leading the response to coronavirus. According to Elizabeth Economy, Director for Asia Studies at the Council on Foreign Relations and a Distinguished Visiting Fellow at Stanford University’s Hoover Institution, coronavirus could be a “stress test” for Xi Jinping--and Xi would hate to fail . Economist George Magnus, author of Red Flags: Why Xi’s China Is in Jeopardy, writes that the crisis hits Xi and China at a terrible time, particularly for its economy. Columbia University professor Andrew Nathan says public opinion pertaining to the government’s response indicates a system that is “brittle, but not at the breaking point.”

The Party is certainly trying to make sure it isn’t. In fact, they would like to cite the response as evidence of the need for a strong Communist Party. “Only the CCP can lead China’s response to any disaster,” Jinan city’s education ministry wrote in an open letter to primary school students, which was published at the website of the People’s Daily.

It is often the case that only they are allowed to.