I Commanded a NATO Brigade in Afghanistan. Now Is Not the Time to Leave. 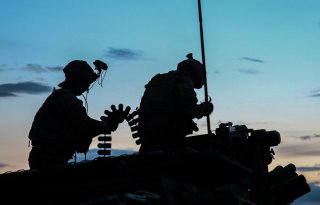 On the surface, the recently announced withdrawal of American and coalition forces from Afghanistan this September looks appealing both from a political and public opinion perspective. Close to 3,000 American and coalition lives, and tens of thousands of Afghan lives have been lost in this twenty-year war. Over a trillion dollars have been spent combating the Taliban and trying to help the Government of Afghanistan build a stable society.

Critics argue it is difficult to justify continued support of an effort that has not achieved its intended goals, at the cost of lives and significant financial investment. Moreover, the Taliban continues to exert influence throughout the country, while the Afghan government struggles to establish a rule of law free from corruption. However politically expedient and seemingly justifiable, leaving Afghanistan to its own devices at a still critical juncture, may yield a far worse situation and pose a greater threat to Western security.

Afghanistan has a sad and troubled recent history, evidenced by a ten-year conflict (1979-1989) with the Soviet Union that saw over one million Afghans killed. Following Soviet withdrawal, a power vacuum resulted in a brutal civil war (1992-1996) that saw the emergence of the Pashtun “Taliban.”  The Taliban began a reign of terror with their brand of sharia law, influenced by Wahhabi doctrines, which created an oppressive society that sacrificed social services, education, healthcare, and other state functions, punctuated by the administration of brutal punishments and public beatings to enforce standards. By the end of their rule in October 2001 over 1.5 million refugees had fled to Iran and two million to Pakistan. Tens of thousands of Afghan citizens had been either murdered or lived in extreme poverty, the economy lay in ruins and education levels were almost non-existent in many rural areas. The physical and emotional scars of the people who had suffered the Soviet invasion, a violent civil war, and a terrifying Taliban rule remain evident in every aspect of society.

The end of this frightful chapter came about through a timely multi-country intervention.

Since 2001, a multinational coalition including NATO, India, Pakistan, Australia, Japan, and other similarly motivated countries and international organizations have all played varying roles in seeking solutions to rebuild Afghanistan and bring stability to the region.

Owing to numerous obstacles, progress has been slow yet substantial in many key areas. Healthcare, previously almost non-existent, is now described by the World Health Organization (WHO) as “steadily progressing over the last 17 years, with increasing coverage of health services throughout the country,” and that in 2018 healthcare was available “to almost 87% of the population within two hours distance.”

Education continues to improve. Since 2001, the number of children enrolled in general education (grades 1-12) has risen almost nine times, especially with access for girls, and the number of schools increased from 3,400 to 16,400, according to the Global Partnership for Education.

On the security front, the Afghan National Security Forces (ANSF) have a combined strength of approximately 288,000 with an authorization of up to 352,000. Of these, it is estimated that about 180,000 are prepared for combat duty from both the police and army on any given day, fully trained by coalition forces to defend Kabul and certain cities from the Taliban.

Advancement in areas such as governance, development, and security, while uneven, is still movement in a positive direction. In fact, there is a reason that Afghanistan has not been front-page news in global media over recent years—because it has become a more stable environment on the strength of an international coalition.

At this point in time, the decision to withdraw comes with substantial risks.

The reality is that the Taliban remain a viable force whose influence will most likely continue to grow following a coalition pullout. Gains in governance, education, women’s rights, healthcare, and infrastructure will be in jeopardy. The security of Afghan citizens may again become subject to the draconian laws previously enacted by the Taliban prior to 2001. The United States and its partners should recognize that withdrawal could be a catalyst to substantial humanitarian and security challenges and a destabilized Afghanistan.

There is historical precedence. Ignoring the Taliban victory in 1996 led to the influx of Al Qaeda in the country and wider region and subsequent attacks on New York and Washington, DC on September 11, 2001. Abruptly withdrawing from Iraq in 2011 contributed directly to the rapid rise of the Islamic State of Iraq and Syria (ISIS) which destabilized Iraq and its neighbors while causing a humanitarian crisis and devastating suffering. The coalition departure from Afghanistan could likewise have similar consequences.

Granted, observers will argue that progress has not reflected the sizable energy and investment made in Afghanistan, to date. Inherent mistrust of the government, corrupt practices, a sometimes inconsistent and vacillating strategy, and a harsh underdeveloped environment all contribute to unrealized expectations.

When viewing Afghanistan from a Western perspective, the picture is extremely frustrating; however, when viewed from the lens of what the country has endured since it was invaded in 1979 and the threat an unstable environment means for the wider region, then a coalition presence makes sense.

Leaving Afghanistan this September will compromise the gains achieved to date and render useless the sacrifices of thousands of soldiers, international aid workers, civilians, and young Afghanis striving to rebuild their country. The decision must be weighed against the very real threats of what will ensue—another humanitarian crisis, expanding safe-havens for terrorist organizations, and the return of Taliban rule.

The country and wider region are not prepared for it and the United States and its allies will not enjoy the consequences.

James L. Creighton, Colonel U.S. Army (Retired), is a thirty-year United States Army veteran who served as the chief of plans for International Security Assistance Force (ISAF) Joint Command in Kabul (2009-2010) followed by command of a NATO brigade in Uruzgan: Combined Team Uruzgan (2010-2011). Upon retirement from the military, he remained active in regional security, economic, and development issues in Afghanistan.