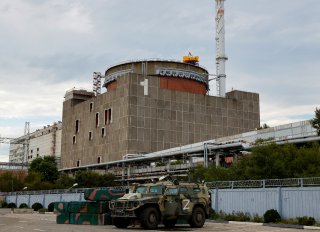 The International Atomic Energy Agency (IAEA) on Tuesday asserted that there is an “urgent” need to establish a “security protection zone” around the Russian-held Zaporizhzhia nuclear power plant in Ukraine to prevent a massive nuclear catastrophe, CNN has reported.

“The situation in Ukraine is unprecedented,” the UN nuclear watchdog explained in its report.

“There is an urgent need for interim measures to prevent a nuclear accident arising from physical damage caused by military means,” it continued. “This can be achieved by the immediate establishment of a nuclear safety and security protection zone.”

The IAEA warned that a nuclear accident would be a disaster not just for Ukraine but also for nations “beyond its borders.” A meltdown at the plant would also be “much more terrible” than that of the 1986 disaster at the Chernobyl nuclear power plant near the northern Ukrainian city of Pripyat.

The report comes days after IAEA Director-General Rafael Grossi led an expert mission to the Zaporizhzhia power plant, which is nearly twice the size of Chernobyl and the largest nuclear complex of its kind in Europe. While there, the team was able to see firsthand the extensive damage caused by the ongoing shelling of the facility.

Grossi and experts “noted with concern that the shelling could have impacted safety related structures, systems and components, and could have caused safety significant impacts, loss of lives and personnel injuries,” the report said, adding that the team saw damage “at different locations caused by reported events with some of the damage being close to the reactor buildings.”

“While the ongoing shelling has not yet triggered a nuclear emergency, it continues to represent a constant threat to nuclear safety and security with potential impact on critical safety functions that may lead to radiological consequences with great safety significance,” the report stated.

“The IAEA recommends that shelling on site and in its vicinity should be stopped immediately to avoid any further damages to the plant and associated facilities, for the safety of the operating staff and to maintain the physical integrity to support safe and secure operation,” it concluded.

The Zaporizhzhia plant went online in the 1980s when the country was part of the Soviet Union. The facility, equipped with six reactors, provided up to 20 percent of Ukraine’s power after its independence.

Before Russia’s invasion of the country in late February, Zaporizhzhia employed about 11,000 people. How many remain was not immediately clear, but the IAEA still has two inspectors at the plant.