Imagine Torturing Yourself By Watching Sex and City 2 Once a Week for a Year. These Podcasters Did It. 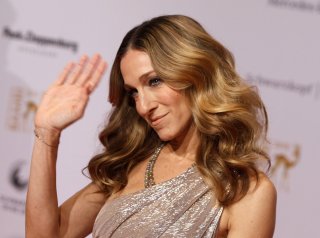 Tim Batt and Guy Montgomery are New Zealand comics who’ve made weird careers of stunt-watching bad movies and making podcasts about the experiences.

They call their series The Worst Idea of All Time.

They watched Sex and the City 2 once a week for a year and slowly lost their minds. They subjected themselves to seven straight viewings of Cats. They watch and review Paul Blart: Mall Cop 2 every Thanksgiving -- and plan to continue doing so until they die.

“Torture for them, comedy gold for their audience,” one redditor wrote.

The coronavirus pandemic adds a retroactive bittersweetness to Batt and Montgomery’s ouevre.

Now that movie theaters are going dark and Hollywood is all but ending production of new films, Batt and Montgomery’s latest podcast could be their last in their usual format. At least for a while.

Their latest stunt -- watching the Robert Downey, Jr. flop Dolittle three times in a row in one sitting in the same theater while recording a podcast about the experience -- isn’t their funniest.

The funniest no doubt is their original marathon watch of Sex and the City 2, which inflicted genuine harm on their friendship and mental health. Listening to them suffer through that awful, and awfully long, “comedy” gets funnier for us at it gets less funny for them.

Batt and Montgomery grow so weary of the movie’s terrible script, flat performances and off-putting commercialism that they literally search the movie’s background for something, anything, to hold their interest.

They fixate on one extra in a particular cafe scene. The extra, unnamed in the credits, is human window-dressing in a scene that’s supposed to be about protagonists Carrie, Samantha, Charlotte and Miranda. But the extra, a gray-haired man in a dark suit reading a newspaper, exhibits more passion and commitment in his five-second appearance than the highly-paid actresses do in their lead roles.

He appears behind Samantha, throwing back his cup of joe. The camera cuts to a different angle. Then it’s back on Samantha and him. He gulps another cup. Cut. Then back. He downs a third cup, springs from his seat, folds his newspaper under his arm and marches out of the cafe like a man on a mission.

“The hero we need,” Montgomery quipped.

Batt and Montgomery’s Dolittle-binge is only slightly less hilarious, but way more poignant. “Without knowing the world was ending, Tim Batt and I recently went and watched Dolittle three times in one day at Westcity Mall [in Auckland],” Montgomery tweeted. “It was awful.”

Dolittle, a loose adaptation of Hugh Lofting’s 1922 novel, is about a reclusive doctor, played by Downey, who can talk to animals and goes on adventures. The $175-million movie, which Downey and his wife produced, was supposed to be the actor’s first big vehicle following his decade-long, 12-movie run as Iron Man.

But the script is unfunny. The choppy editing makes it clear that many scenes just didn’t work as shot. And Downey turns in a performance that is too mannered and selfish for what should be a light comedic romp. And his accent never quite settles on British, Irish or American. The movie has flopped.

But Batt and Montgomery have a blast watching the flick, immediately recording a podcast about it then rinsing and repeating two more times.

Well, they have a blast until they don’t. The pain they begin to endure makes the jokes even funnier. Listen along on any popular podcast platform.

Hopefully, the pandemic passes soon so Batt and Montgomery can get back to work torturing themselves with terrible movies.