Instead Of Being Retired, The A-10 Warthog Is Getting Even Deadlier 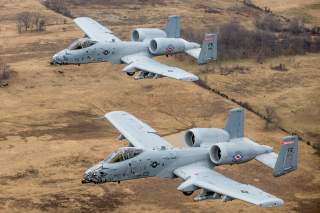 Key point: The Air Force had hoped to begin retiring its 281 A-10s starting in 2015. But Congress blocked the effort.