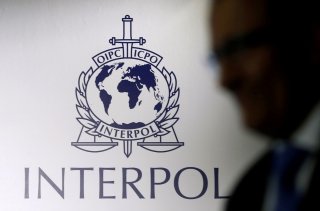 The Interpol international law enforcement organization announced on Thursday that it had reconnected Syria to its information exchange network, nine years after the country’s suspension.

“In line with the recommendation from the General Secretariat headquarters,” a statement issued by the organization read, “Interpol’s executive committee endorsed that corrective measures applied to Syria be lifted.”

Following harsh crackdowns on Syrian political protests during the 2011 Arab Spring—confrontations which eventually grew into the country’s brutal sectarian civil war—Damascus was suspended from several international organizations, including the Arab League. In 2012, Interpol placed restrictions on its activities, blocking it from exchanging information with other nations’ law enforcement agencies—a right that its re-entry into the organization’s global network will restore.

Interpol’s statement underlined that Syria had been a member since 1953, pointing out that the restrictions placed on its activity in 2012 had simply been “corrective measures.” It also underlined that individual countries’ Interpol offices could choose to refuse to share information with specific countries.

Prior to its 2012 sanctions, Syria’s Interpol agency had been accused of using “red notices,” statements that identify one country’s wanted criminals to police worldwide, to track down and arrest political opposition to the ruling Assad family.

Under current Interpol rules, Syria does not have the power to issue red notices on its own, although it can request the organization’s general secretariat to issue them on its behalf. The organization’s statement emphasized that all such requests would be subject to an exhaustive compliance review.

In spite of these protections, governments and human rights activists reacted negatively to the move. “It’s unfortunate that Interpol has reinstated co-operation with the Syrian regime, which has committed large-scale crimes against humanity and pursued tactics to crush any form of dissent,” Fadel Abdul Ghany, founder of the Syrian Network for Human Rights, told Emirati newspaper The National.

The government of France, which houses Interpol’s global headquarters in Lyon, also condemned the decision. “As long as the Syrian regime continues to fuel instability, the humanitarian crisis and the risk of terrorism,” the French Foreign Ministry said in a statement, “France will remain opposed to the normalization of relations with Damascus and to any easing of the sanctions regime.”

The statement also indicated that France would repeat its complaint during the organization’s general assembly in November.