Introducing the 5 Deadliest Weapons of the U.S. Military 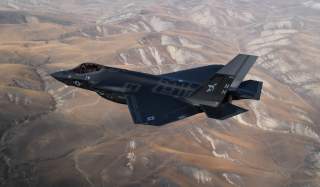 What would you have chosen?