Iran Wants a Stealth Fighter. But This Isn't It. 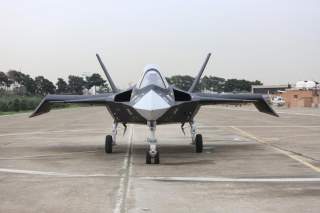