Iran's Army Is Building Its Very Own T-90 Tanks 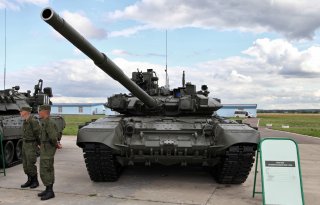