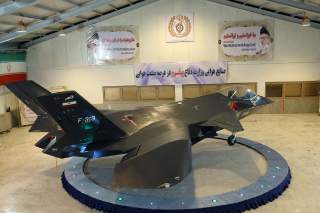 One should also bear in mind that back in 2003, Iran unveiled an earlier, more convincing fake subsonic stealth fighter called the Shafaq—revealed in 2014 to be a mock-up made of wood.