Is Israel’s Chief of Staff Calling for a Preventive War with Hezbollah? 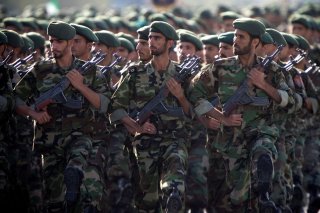 During his speech at the INSS Annual Conference, January 28, 2021, Israeli Chief of General Staff Lieutenant General Aviv Kochavi raised several points that garnered broad public attention. Perhaps most notable of these was his comprehensive survey of the threats that Israel faces from “terror armies,” especially Hezbollah, and how Israel should handle these threats. In this regard, his remarks have rightly been interpreted as an implicit call for an Israeli preventive strike against Hezbollah in Lebanon or, at least, an intensive attempt to put the idea of a preventive strike in Lebanon high on the national agenda. In a similar vein, Kochavi also announced that he had ordered the Israeli Defense Forces (IDF) to prepare a few operative plans vis-à-vis Iran; however, Kochavi was not as concrete or detailed on this issue as he was about the prospective strike on Hezbollah.

Many in Israel quickly connected Kochavi’s speech to the upcoming Israeli election set for March 23, 2021. Some claimed that by talking about the disadvantages of the 2015 nuclear deal with Iran and the potential preventive strike against Hezbollah, Kochavi meant to enhance Netanyahu’s position in the election. Some said that Kochavi was laying the ground for his own entry into Israeli politics after leaving the position of Chief of General Staff. There are also claims that the speech should be viewed against the backdrop of reports of intensive, covert dialogues the Biden administration is conducting with Iran regarding the renewal of the Joint Comprehensive Plan of Action (JCPOA). Indeed, the speech could be seen as a message to the new U.S. administration: the United States should carefully consider before attempting to carry out any initiative with Iran without consulting Israel.

Kochavi opened his remarks by describing the multiple arenas (Syria, Lebanon, Gaza, Judea and Samaria, and Iran) and dimensions (in the air, at sea, on the ground, and in cyberspace) in which the IDF is currently fighting. Except for Iran, all of the fronts in which Israel is operating lack governmental authority and legitimacy; this necessarily places limits, to an extent, on Israel’s ability to maneuver. These operations, Kochavi stressed, require very accurate intelligence capabilities and high operational performance.

According to reliable intelligence information, Kochavi stated, the Arab world estimates that Israel’s intelligence capabilities are incredibly efficient and have penetrated deep into the security apparatuses of multiple Arab states and organizations. Moreover, they view Israel as having the ability to carry out frequent and intensive operations all over the Middle East. Israel’s powerful image has been further enhanced due to what is seen as an informal alliance spreading from Greece, Cyprus, Israel, Egypt, Jordan, and the Gulf States.

On the other hand, Israel’s enemies, Kochavi stressed, are currently in poor shape, pointing to the widespread disappointment in their leaderships’ performance with specific regard to the handling of the economic crises and Covid-19 pandemic.

Subsequently, Kochavi stressed, it is clear that Israeli deterrence has been highly enhanced in recent years. Not a single Arab state, body, or organization fully wants to engage in a military confrontation with Israel, let alone a war. Indeed, nearly all operations recently carried out against Israel have been a response to operations that Israel has initiated.

Israel and the threat of terror armies

However, Kochavi was sure to note that the State of Israel is still facing many dangers and challenges from two powerful “terror armies,” Hamas and Hezbollah. These organizations have grown their capabilities to the point where they are starting to operate similarly to regular armies. Their fighters are trained, among other things, to invade Israel and occupy swaths of Israeli territory. They possess over a hundred thousand missiles and rockets and are working tirelessly to increase the quantity, accuracy, distance, and payload of these munitions. These organizations have also initiated electronic warfare and cyber-attacks against Israel. In its efforts to combat these threats, Kochavi stressed, Israel is targeting their ability to be equipped with sophisticated arms; to manufacture missiles and rockets and enhance their capabilities on their own; and to transfer money.

Without going too much into detail, Kochavi conveyed that Israel now possesses new technologies that enable the IDF to hit Hezbollah across Lebanon effectively, rapidly, and in a widespread manner. Nevertheless, what Israel perhaps needs most is internal and external legitimacy to utilize these overwhelming capabilities against its enemies. Kochavi emphasized that Hezbollah spread its missiles, rockets, and warehouses across urban and other civilian areas in a way that blatantly ignores international humanitarian law. According to Kochavi, every fifth building in Lebanon stores either missiles or rockets or is a military warehouse. All of this is intended to limit Israel’s operational freedom since any attack in such areas would necessarily amount to civilian casualties.

Israel, Kochavi stressed, is planning to combat this reality in accordance with two fundamental international humanitarian law principles: distinction and proportionality. The distinction principle means that militaries must distinguish between civilians and combatants, with only the latter being acceptable for targeting in warfare. However, as far as Israel is concerned, civilian infrastructures such as power stations and buildings also used for military purposes are legitimate military targets. Indeed, the use of civilian infrastructure for military purposes by Israel’s adversaries has been well documented by the IDF and has played a significant role in the asymmetrical warfare they wage against Israel; this is also where the other principle, proportionality, comes into play.

The principle of proportionality holds that the collateral damage of a military attack must not be excessive to the perceived benefits of the attack, which itself must also consider the principle of military necessity. Regarding the principle of proportionality, Kochavi stated that he believes that this principle should be interpreted to take into account another term: relativity. In this case, the connection that should be established is not only between the advantages of the strike against the collateral damage but between the potential damage caused to the defender (in this case, Israel) if it does not strike a military target. Eventually, Kochavi accentuated, the foremost duty of the IDF is to defend Israeli citizens.

Kochavi further warned that during the next war, whatever the IDF does, there would be massive barrages of missiles and rockets raining down upon Israeli territory. As such, the IDF is prepared to strike anywhere and everywhere that weapons are being stored to minimize the costs of such an eventuality; this is being treated as a military necessity.

In carrying out such an operation, Kochavi stated, Israel would warn, in advance, civilian populations of the IDF’s intentions to attack in a given area and call them to escape. At this point, Kochavi directed his remarks directly to the civilian population in Lebanon, urging them to leave the places where missiles and rockets were being stored and save their own lives. If not now, Kochavi added, either when tensions go up or once the military confrontation reaches its initial stages.

The IDF has tried to warn civilians to escape from their homes before Israeli attacks during several confrontations in Gaza. In many cases, Hamas did not let people flee from attacked areas, ordering them to return to their homes. If Hezbollah adopts similar tactics, the hope that Israeli early warnings would significantly decrease human casualties may not materialize.

Interestingly, Kochavi did not elaborate on the extreme likelihood that such an attack on Hezbollah in Lebanon would lead to Iranian military involvement. Indeed, it is hard to think that the Iranians would stay passive as Israel intensively strikes their primary and most important ally in the region. Iran has shown a reserved readiness to tolerate Israeli strikes in Syria, Iraq, and even inside Iran, as long as they were limited in their scope and number of casualties. However, an all-out Israeli strike against Hezbollah, in our view, will not allow for Iran to stand aside—it will have to retaliate, one way or another, against Israel.

It is also surprising that in his roughly hour-long speech, Kochavi did not mention any assessment of what exactly the position of the Biden administration to such an Israeli initiative might be. The Biden administration’s attitude towards Saudi Arabia’s conflict with the Houthi rebels in Yemen may reflect a new approach entirely unfavorable towards such an Israeli move.

Professor Zaki Shalom is a member of the research staff at Ashkelon Academic College and the Institute for National Security Studies (INSS) in Tel Aviv, Israel. He has published extensively on various facets of Israel’s defense policy, the Arab-Israeli conflict, and the role of the superpowers in the Middle East, and Israel’s struggle against Islamic terror. His work has also focused on the study of Israel’s nuclear option, both in historical and contemporary perspectives.

Jacob Aaron Collier is a research intern at the Institute for National Security Studies (INSS) in Tel Aviv, Israel. He holds a BA in political science and global security studies from Syracuse University and a MA in security and diplomacy studies from Tel Aviv University.