Why Iran’s Syria Strategy Is Shifting 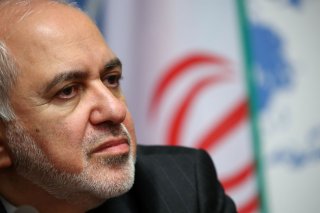 These days, Iran is actively contemplating its future in Syria. Since 2013, the Islamic Republic has become deeply involved in that country’s civil war—in the process emerging as a key player in one of the Middle East’s most brutal and enduring conflicts.

It has used the Qods Force, the paramilitary arm of its feared clerical army, the Pasdaran, to bolster the ranks of the Syrian military. It has trained and deployed a “Shia Liberation Army” made up of thousands of Pakistani, Afghan, Iraqi and Yemeni irregulars to fight in support of the regime of Syrian president Bashar al-Assad. It has tasked its principal terrorist proxy, Lebanon’s powerful Hezbollah militia, with doing the same. And it has erected scores of military installations throughout the country in an attempt to institutionalize its presence there. All of this has been done based upon the longstanding Iranian view that Syria’s security is “its own security”—and that support for the Assad regime is critical to Tehran’s long-term strategic interests.

But now, circumstances are changing. Over the past year-and-a-half, the Syrian civil war has wound down, with the country’s balance of power shifting back decisively toward Assad, thanks in large part to Iranian (and Russian) support. As it has, Tehran’s footprint on the territory of its premier regional partner has undergone a profound transformation.

A new analysis by the Atlantic Council illustrates just how much. The survey, authored by Navvar Saban of Turkey’s Omran Center for Strategic Studies, notes that “with the decrease of military operations, Iran began searching for new ways to enhance its control and influence in different Syrian provinces.”

The methods it has used to do so are diverse. They include the infiltration of Syrian society via charitable organizations such as the Jihad al-Bina Organization, which is tasked with rebuilding schools and restoring health facilities in the war-torn nation. Tehran has also spent millions of dollars to open universities throughout the country. These institutions—like Islamic Azad University and the College of Islamic Schools—are designed “to influence a new generation” of Syrian citizenry through what other observers have termed an “educational invasion.”

Iran’s presence in the Syrian economy is also growing. Despite its own declining economic fortunes, the Islamic Republic has nonetheless provided Syria with oil shipments worth billions of dollars in recent years. It has also picked up the tab for everything from militiamen salaries to the functioning of the country’s central bank. All told, the Islamic Republic is estimated to have spent at least $5.6 billion to date to keep the Assad regime afloat.

Indeed, Saban notes, by virtually every social, communal and economic metric, Iran’s presence—and its influence—throughout the length and breadth of Syria has grown in recent years. The aggregate result is pronounced. “Iran is in Syria for the long term and is taking the time it needs to get results,” he concludes.

That enduring presence will be a significant challenge for the new U.S. administration. President-elect Joe Biden has already made clear that he plans to take a more accommodating, less confrontational approach to Iran than the “maximum pressure” strategy employed over the past two-and-a-half years by the Trump White House. But neither he nor his advisors—including Tony Blinken and Jake Sullivan, his appointees to be Secretary of State and National Security Advisor, respectively—have explained how, precisely, they plan to roll back the Iranian regime’s malign influence throughout the Middle East.

They will need to. Iran’s deepening footprint in Syria, in particular, represents what is arguably the most significant flashpoint in the Levant. Israel has carried out hundreds of airstrikes on Iranian targets in Syria in recent years, the latest one just this week. This activism sends a clear message: that officials in Jerusalem are deeply worried about the possibility of Iranian entrenchment on their country’s northern border, and are committed to preventing such an eventuality by any means necessary.

It’s a warning that Washington would do well to take seriously. It would do even better to formulate a serious plan for diminishing Iran’s ability to shape Syria’s future.